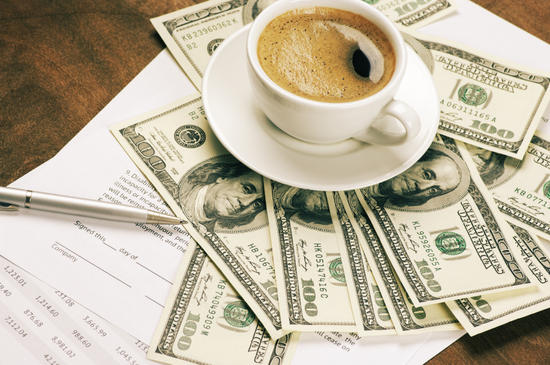 BARISTAS COFFEE CO COM USD0.001 (OTCMKTS:BCCI) shares started a significant move higher last week and finally took its value above the million dollar marketcap. Today, trading near .02 pennies per share, shares have come from the depths of triple sub-penny and the number of shares out (71.6 million) is large for a coffee start up. However, shareholders were rewarded as the valuation adjusted itself based on the demand for unique coffee blends.

Most of the rally is on the back of the news that Amazon, the world’s most valuable retailer, has placed the largest order in history of its White Coffee single serve cups. These cups are compatible with the Keurig 2.0 K-Cup Brewing system. The order was approximately 300% larger than any order previously placed by Amazon.

BARISTAS COFFEE CO COM USD0.001 (OTCMKTS:BCCI) gained mainstream exposure when it was the subject of “Grounded in Seattle,” a reality show special feature which aired on WE tv. Baristas has recently refocused its business to focus on its wholesale and direct to consumer coffee-based products like the coffee pods. Baristas special “Espresso Blend” and its revolutionary “White Coffee” have become strong sellers with the latter lightly roasted and 3X the caffeine.

Subscribe below and we’ll keep you on top of what’s happening before $BCCI stock makes its next move.

Barry Henthorn, CEO, stated: “We had to look twice when the order came in and it nearly exhausted our entire inventory. Fortunately, we had ramped up our supply in anticipation of increased sales because of our advertising campaign that just began last week and we were able to deliver on the entire order the same day. We quickly increased our production in anticipation of continued increases in sales.”

Baristas recently kicked off a national multi-faceted advertising campaign which combines digital display advertising driving traffic directly to Amazon with a broad reaching terrestrial (over the air) radio campaign on over 120 stations nationally utilizing the top radio platform in the country. This campaign is the initial expansion of advertising and focuses exclusively on the unique white coffee Keurig cups.

A media plan has been developed extending out over the next 6 months focusing on the expanding Baristas White Coffee product line as well as other Baristas products soon to be announced. White Coffee is a rarity and is developed using a slow and low heat roast that preserves a much higher caffeine level than a traditional roast. Because the beans have been under-roasted, white coffee has a lighter taste than traditional coffee and is described as both neutral and nutty.

BARISTAS COFFEE CO COM USD0.001 (OTCMKTS:BCCI) is increasing its brand footprint with this important deal with Amazon. Coffee companies like Starbucks have returned big money for early investors, so when new entries come along like Baristas and shareholders can see the product on the shelf, or buy it on Amazon, they are prone to buy shares. Baristas has a unique brew in the White Coffee blend, which could prove to be a calling card for the brand as its popularity increases. Bottom line, when investors see that it is a lower priced sub-penny stock that has done nothing, but percolate higher in the recent deal with the world’s largest retailer, their interest will be piqued. For continuing coverage on shares of $BCCI stock, as well as our other hot stock picks, sign up for our free newsletter today and get our next hot stock pick!