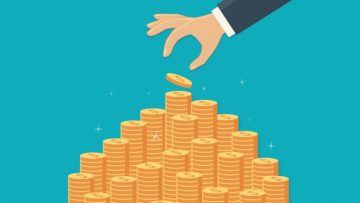 Players Network (OTCMKTS:PNTV) are up more than 10% for the day and have risen 133% since the start of the week. The company, carrying a 71.44M market cap, might still be riding the increased interest in its awarded medical marijuana licenses in the State of Nevada. The licenses are the culmination of three years of hard work for the company and the market is starting to recognize the effort.

PNTV’s licenses allow the company to supply recreational marijuana products to Nevada-based retail dispensaries. Furthermore, the company released news regarding the construction of a cultivation facility. This news is quite exciting and has caused positive ripples in the price, so let’s take a look at what is actually going on.

Nevada attracts 52 million visitors per year — more than any other destination in the world — and is projected to generate $1.8 billion to become the largest single recreational marijuana market worldwide by 2018. With its demonstrated and quick ability to comply with, and take advantage of, progressive Nevada state laws, Green Leaf is uniquely positioned to greatly benefit in this booming market.

“The medicinal market provides great benefits for people in need of marijuana to assist in a number of medical symptoms. From a revenue standpoint, being one of a very small group of companies to be privileged to participate in the recreation market in a place like Las Vegas is truly a blessing for PNTV and all its shareholders,” says PNTV CEO Mark Bradley. “I am really proud of our team, which worked so hard to push us over the top and only see good things to come in the future. It is exciting to be a part of this movement and emerging industry, and we want to thank everyone who has believed in us for so long and welcome everyone who has just joined our journey.”

PNTV Director Brett H. Pojunis adds, “Mark (Bradley) has put everything he has into securing these licenses. I am very proud to have him as a business partner, as very few people have the resolution and determination to follow through with the obstacles we were facing. We have officially generated revenues in the marijuana industry and we are looking forward to building an empire.”

This achievement – becoming a fully operational and compliant Nevada Medical Marijuana Establishment (MME) operator within the time frame set by the State of Nevada – is a considerable corporate milestone that enables Green Leaf Farms to have a recreational license in the first round of issuances, and also qualifies the Company to apply for dispensaries licensing in 2018.

Players Network (OTCMKTS:PNTV) is not slowing down. The company is up 686% for the year and many investors might be wishing they jumped in a while ago. Cannabis’ parabolic rise is real and many investors are slow to invest because of an uncertain political landscape. Many experts believe that the horses are out of the barn in that regard, but there is still reason to be cautious. PNTV and the cannabis sector certainly has risk, but this stock just keeps churning upward on pretty positive news. For continuing coverage on shares of $PNTV stock, as well as our other hot stock picks, sign up for our free newsletter today and get our next hot stock pick