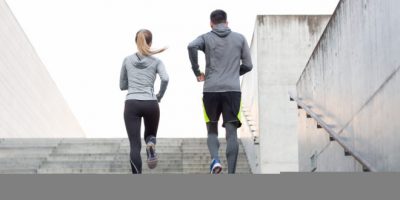 Strikeforce Technologies Inc (OTCMKTS:SFOR) has been climbing since the end of last month. SFOR is carrying a marketcap of 49.57M and has billed themselves as being reinvented in past press releases this year. Although SFOR is well known to penny stock traders for their creation and dilution, the market is starting to come back around to the company as cyber security and data theft continue to impact the news cycle.

GuardedID® eliminates your vulnerability to data theft due to keylogging attacks, a leading cause of cyber crime. Unlike anti-virus and anti-malware software, GuardedID® protects your data from both known and unknown keylogger threats.

SFOR’s CEO is a former JP Morgan executive who sued Microsoft and won. SFOR is quickly gaining a foothold in the highly lucrative cyber theft market. The company released a slew of press in March and April going over its new business plan. Following the “State of the Nation” presser, SFOG flew up 575%. Here was a key section from that release: “2017 is our year for potential meaningful revenues, especially through our channel partners that already are working with many sizeable companies. StrikeForce should minimally realize their results in the second half of this year. This year we also have progressed with our retail consumer sales through those we listed in social media and our new TV airing this month for GuardedID and MobileTrust, with all leading to possible strong success in 2017. We are now growing in the Enterprise and Retail Markets in a big way and are on target to sell licenses for all of our products.”

In March press, SFOR announced patent violation lawsuits against Gemalto, Vasco Data Security, Entrust Datacard and SecureAuth Corporation.  “We can sit by and watch competitors use our patented inventions without permission, or we can do something about it.  We’ve decided to do something about it,” said Mark L. Kay, StrikeForce CEO in the company press release.  “We think competition is healthy, but competitors should create their own original technology, not use what we developed.”

Strikeforce Technologies Inc (OTCMKTS:SFOR) is a company in a lucrative market that has top-line growth and money in the bank. The company is on a heater right now and the volatility is steady. Every time there is a data breach or hacker story on the nightly news like the WannaCry Hack, I would be checking this share price. The company’s press is something to keep on an eye as well, since it usually  shoots the stock up and a pullback seems to naturally follow. However, the pattern here is interesting and we will be providing updates, especially as the lawsuits take shape. For continuing coverage on shares of $SFOR stock, as well as our other hot stock picks, sign up for our free newsletter today and get our next hot stock pick!