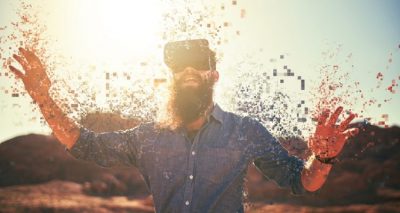 Freeze Tag, Inc. (OTCMKTS:FRZT) is a creator of mobile social game and the company is up 1800% since the 1st of the month. The company is carrying  a 5.93M marketcap with 944.67M outstanding shares. The California-based FRZT announced a Garfield game two months back and the share price bounced this month as the launch date approaches. The game is being trumpeted as a Pokemon Go, (but with Garfield).

Freeze Tag, Inc. (OTCMKTS:FRZT), according to company documents, designs games encouraging players to compete and engage with their friends on social networks, such as Facebook and Twitter. Its mobile games include Victorian MysteriesO and Unsolved Mystery ClubO, as well as digital entertainment, such as Etch A SketchO. The Company markets, sells and distributes its games primarily through direct-to-consumer digital storefronts, such as Apple’s App Store, the Google Play Store and Amazon’s App store. In addition to publishing its smartphone games on direct-to-consumer digital storefronts, the Company also publishes some of its titles on other platforms, such as the Facebook App Store, the Mac App Store and personal computer (PC) Download portals, such as Big Fish Games and Gamehouse.

Garfield GO! represents the first collaboration between Freeze Tag and strategic partner, Munzee. To help build out the available geographic play areas for Garfield GO!, many Munzee locations have been incorporated into the game. Freeze Tag has also added thousands of additional locations to make it easy to play Garfield GO! in most areas.

Find out when $FRZT stock reaches critical levels. Subscribe to OracleDispatch.com Right Now by entering your Email in the box below.

The Freeze Tag team hinted that special limited edition birthday content will be available to coincide with the celebration of Garfield historic birthday event. But the bottom line is that FRZT is bringing Garfield to the fun and engaging world of augmented reality gaming, similar to Pokemon GO.

In Garfield GO!, the player must help Garfield collect the comic strip pieces that got scattered about the world, when Odie tore up the comic books. Along the way, players pick up treasures and trinkets from the Garfield universe such as a Party Hat, Yarn Ball and Garfields favorite teddy bear, Pooky. In order to retrieve the treasures, Garfield insists that he be fed first. Garfield loves to eat. The player then can either bake or purchase one of Garfields four favorite foods: donut, pizza, cake or lasagna. The game also features mini-games, player statistics and achievements, in addition to a comic strip collection that contains hundreds of comic panels from the Garfield comic strip.

Freeze Tag, Inc. (OTCMKTS:FRZT) is leveraging a long time cartoon favorite here. However, there are a lot of shares outstanding and many will be turned away, so expect a reverse stock split to even things out. Mobile gaming is sector we like and many games have gone gangbusters in the space – think Candy Crush. The problem is that games are hit or miss and it is very hard to tell what will be popular. We will continue to watch this stock and keep updating you as news hits on Garfield’s results. For continuing coverage on shares of $FRZT stock, as well as our other hot stock picks, sign up for our free newsletter today and get our next hot stock pick!