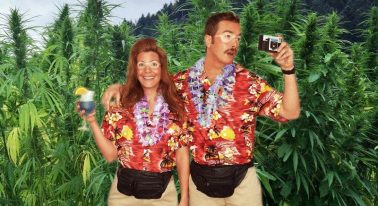 Diebold Nixdorf Incorporated (DBD) shares are trading at lower $6.74 and the avg recommendation for the stock is Moderate Buy, while the current analyst...
Read more
Sector News

SolarWinds Corporation (NYSE:SWI) on the Path to Ruin

SolarWinds Corporation (SWI) shares are trading at lower $21.15 and the avg recommendation for the stock is Moderate Buy, while the current analyst price...
Read more
Sector News

Levi Strauss & Co. (LEVI) shares are trading at lower $15.85 and the avg recommendation for the stock is Moderate Buy, while the current...
Read more
Sector News

Gentex Corporation (GNTX) shares are trading at lower $27.39 and the avg recommendation for the stock is Moderate Buy, while the current analyst price...
Read more

Growlife Inc (OTCMKTS:PHOT) represents one of the companies looking to cash in on the hype surrounding the marijuana industry with tools, equipment and hydroponic products for cultivators of this specialty crop. After the U.S. presidential election (when several U.S. states were voting on the legalization of marijuana), shares of PHOT traded as high as $0.02. Currently, though, shares of PHOT are trading at $0.00780, making this a real penny stock in every sense of the word. Over the most recent 52-week period, shares have traded as low as $0.00 and as high as $0.02. The company’s current market capitalization is $15.58 million.

PHOT primarily sells to cultivators via its subsidiary, GrowLife Hydroponics. This includes sales of farming soil, plant nutrients, hydroponics equipment, and other products needed by specialty growers in 17 different U.S. states. It also promotes and sells Growlife-owned brands and distributes and sells more than 3,000 products through its e-commerce site, Greners.com, as well as through regional retail storefronts.

What Growlife Inc (OTCMKTS:PHOT) needs now more than anything else is a new story to convince investors that it has found additional sources of growth within the marijuana industry. In mid-May, Growlife announced that it had formed an Advisory Board to consider future growth opportunities. This indoor cultivation industry advisory board has a single mission: to help assess industry-related business prospects for Growlife.

Find out when $PHOT stock reaches critical levels. Subscribe to OracleDispatch.com Right Now by entering your Email in the box below.

In other words, Growlife may have run out of ideas – and that’s been reflected in the company’s falling stock price thus far in 2017. On May 8, the company announced that it had posted just $0.470 million in revenue for the most recent quarter.

In the past, though, the company has announced a number of interesting initiatives designed to pump up growth. In June 2016, the company announced a unique subscription plan for cultivators called GrowLife Cube. Each month, growers would get everything they needed to run a successful cultivation business. Subscription plans started at $499 per month. If it gains traction, that definitely has a chance to develop into a steady, recurring stream of revenue at the company.

Then, in January 2017, the company launched the GrowLife Retail License Program. As part of this program, Growlife would work to open GrowLife-branded retail stores, as well as “stores within a store.” That, too, seemed to have some interesting growth prospects. For example, within the Philadelphia area, the company worked with an Ace Hardware franchise store to open a “store-within-a-store.” You could buy all your hardware products on the main floor of the store, and then head over to the marijuana cultivation area of the store to pick up other specialty products.

So you can see the pattern here – every six months or so, GrowLife comes up with a new growth idea that it puts into place. The company’s stated goal is to become “the nation’s largest cultivation service provider.” However, even with this impressive goal, the company’s stock price has largely trended down in 2017 after ending 2016 trading around $0.02. Right how, PHOT is struggling even to get to the $0.01 mark.

So what’s next for PHOT? It could be the case that investors have already priced in all the future growth prospects for PHOT, and are waiting to see what the company does next. There are plenty of question marks. For example, how many hardware stores will be converted into GrowLife stores? How many people will actually sign up for a cultivation subscription? Are there enough small retail growers to make this business model work?

Clearly, investors are starting to take a more critical look at specific segments of the marijuana industry, to determine which ones are most attractive. Right now, GrowLife is providing “picks and shovels” for people who want to grow their own specialty crops (such as cannabis). But it might be the case that GrowLife needs to move up the value chain and start manufacturing and selling cannabis-derived products.

Growlife Inc (OTCMKTS: PHOT) is based in Washington State – one of the most important states for the U.S. marijuana industry. There’s surely demand for its products within Washington and nearby states like California and Nevada. So maybe it’s just a matter of extending the company’s national footprint, such as by ramping up the company’s online e-commerce operations. But it’s clear that investors are waiting for more news before they’re ready to jump in again on PHOT. For more news on PHOT and other fast-moving penny stocks, please subscribe to OracleDispatch.com.