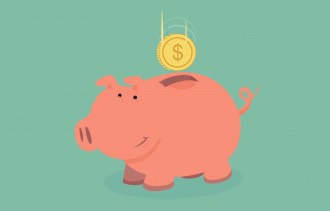 Is Now the Time to Invest in Cinemark Holdings Inc. (NYSE:CNK)?

Cinemark Holdings Inc. (CNK) shares are trading at lower $8.24 and the avg recommendation for the stock is Moderate Buy, while the current analyst...
Read more
Investing

Antero Resources Corporation (AR) shares are trading at lower $3.48 and the avg recommendation for the stock is Hold, while the current analyst price...
Read more
Investing

Amcor plc (AMCR) shares are trading at lower $10.32 and the avg recommendation for the stock is Moderate Buy, while the current analyst price...
Read more
Investing

Sorrento Therapeutics Inc. (NASDAQ:SRNE) on the Path to Ruin

Sorrento Therapeutics Inc. (SRNE) shares are trading at lower $7.09 and the avg recommendation for the stock is Moderate Buy. To add more color...
Read more

INMED PHARMACEUTIC COM NPV (OTCMKTS:IMLFF) is an awfully interesting case study. The company has been all over the map on the charts in recent months. Recent action has taken it sharply lower in a correction that has now reached the 200-day simple moving average along with twice-tested key support along the $0.25 level. As far as recent catalysts, nothing is likely to outshine the company’s recent fundraising step, which now plays a potentially crucial role in defining the company’s ability to actualize the potential behind its multifaceted pipeline.

Specifically, the company just announced a public offering consisting of the issuance of 12,788,000 units at a price of $0.45 per Unit, for an aggregate gross take of $5,754,600. According to the company’s release, the “Offering was completed with a syndicate of underwriters led by Canaccord Genuity Corp. and including Eight Capital along with Roth Capital Partners, LLC serving as placement agent for sales of Units in the United States (collectively, the “Underwriters”). The 12,788,000 Units issued include 1,668,000 Units issued and sold pursuant to the over-allotment option granted by the Company to the Underwriters, which was exercised in full.”

INMED PHARMACEUTIC COM NPV (OTCMKTS:IMLFF) casts itself as a biopharmaceutical company specializing in developing cannabis-based therapies through the Research and Development into the extensive pharmacology of cannabinoids coupled with innovative drug delivery systems.

The company is utilizing its proprietary Intelligent Cannabinoid Drug Design Platform to identify new bioactive compounds within the cannabis plant that interact with certain gene targets responsible for specific diseases.

According to company materials, “InMed is a pre-clinical stage biopharmaceutical company that specializes in developing novel therapies through the research and development into the extensive pharmacology of cannabinoids coupled with innovative drug delivery systems. InMed’s proprietary platform technology, product pipeline and accelerated development pathway are the fundamental value drivers of the company.”

Find out when $IMLFF stock reaches critical levels. Subscribe to OracleDispatch.com Right Now by entering your Email in the box below.

As noted above, the company recently completed a round of funding through a secondary offering in which it reportedly raised about $5.7M. According to company messaging, management has slated that capital for use on a net basis to “support the continued research and development of INM-750 for the treatment of Epidermolysis Bullosa; to further develop the Company’s other research and development programs including its biosynthesis assets; for general and administrative expenses of the Company; and to fund working capital.”

Among those “other research and development programs” we can likely assume will be further R&D to follow up on the company’s recent filing of a provisional patent application in the United States for INM-085 as a cannabinoid-based topical therapy for glaucoma, which is an important step in providing intellectual and commercial protection for this therapy.

As we covered in a prior piece, the company has managed to gain a foothold on credibility in the cannabis space, with some high-profile press, including a flattering article in Forbes magazine. This is a crucial part of the story here given the high prevalence of questionable companies in the space.

That said, the stock has been pummeled over the past two months, dropping about 60% in that time. However, even with that move, we still see the stock trading solidly above the 200-day moving average, with the larger bullish trend technically intact.

In all, recent action has seen 7% piled on for shareholders of the company during the trailing week, but that move comes in the context of a larger bearish trend. Market participants may want to pay attention to this stock. IMLFF is a stock who’s past is littered with sudden rips. Furthermore, the listing has witnessed a pop in interest, as transaction volume levels have recently pushed 22% over the long run average.

Earning a current market cap value of $16.92M, IMLFF has a significant war chest ($2.049M) of cash on the books, which stands against about $247K in total current liabilities. The company is pre-revenue at this point. As more color becomes clear on the name, we will review the situation and update our take. For continuing coverage on shares of $IMLFF stock, as well as our other breakout stock picks, sign up for our free newsletter today and get our next hot stock pick!

AIkido Pharma Inc. (AIKI) shares are trading at higher $0.58. To add more color to this target, the company’s high over the last year...
Read more
Investing

Companhia Siderurgica Nacional (SID) shares are trading at lower $3.57 and the avg recommendation for the stock is Hold, while the current analyst price...
Read more
Wall Street Daily

Eldorado Gold Corporation (EGO) shares are trading at lower $11.98 and the avg recommendation for the stock is Hold. To add more color to...
Read more
Sector News

MicroVision Inc. (MVIS) shares are trading at lower $2.41 and the avg recommendation for the stock is Hold. To add more color to this...
Read more
Opinion

MFA Financial Inc. (MFA) shares are trading at lower $2.74 and the avg recommendation for the stock is Moderate Buy, while the current analyst...
Read more
ORACLEDISPATCH