What Really Happened This Week with MMEX Resources Corp (OTCMKTS:MMEX) 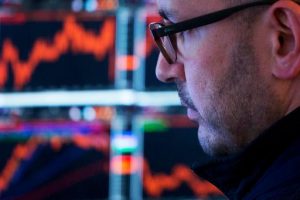 MMEX Resources Corp (OTCMKTS:MMEX) remains one of the most contentious stocks trading on the OTC today. That has been the case ever since the company made the stunning announcement that it was going to build a massive, half-billion-dollar oil refinery in Pecos County, Texas, in the 15 months following the March announcement, and do so despite having no leads on capital and no cash in the bank.

One the one hand, there are those who take the announcement at face value and are likely long the stock at this point because it would most surely move higher many thousands of percentage points from present levels if the plan were to become a reality. On the other hand, there are those who point to the people involved in the scheme, and their history of making similar announcements with other companies that turned out to be nothing but smoke and mirrors and a lot of dilution for personal profit through share marketing. The company’s most recent press release – which we will examine below – clearly supports this latter view.

MMEX Resources Corp (OTCMKTS:MMEX) frames itself as a mining development Company leveraging global demand for mining assets located in the Americas. The company was formed to engage in the exploration, extraction, refining and distribution of oil, gas, petroleum products and electric power.

MMEX focuses on the acquisition, development and financing of oil, gas, refining and electric power projects in Texas, Peru, and other countries in Latin America.

The company’s management team apparently has extensive experience with natural resource project development and project financing in North and South America. MMEX is initially focusing on opportunities in Colombia and Peru. Moreover, MMEX Resources Corporation focuses on the exploration, extraction, refining, and distribution of oil, gas, and petroleum products in the United States and Latin America. It also intends to provide electric power.

MMEX Resources Corporation was formed in the State of Nevada on May 19, 2005 as Inkie Entertainment Group, Inc.

As noted above, the company just hit the wires with an important announcement that carries highly dilutive implications for current shareholders. The news is couched in the form of the announcement of the construction of yet another refinery despite the fact that the first, or main, one hasn’t been started in any capacity. The conceit here is that the smaller refinery will be a quicker path to permits. However, it stands to reason that those same permits wouldn’t necessarily translate into an all-clear signal from regulators for the five-times bigger refinery.

In any case, the company’s 8K is a lot more informative than their press release: “There is no assurance that we will be able to meet all of the conditions for accessing the equity financing contemplated by the Equity Purchase Agreement. Holders of our common stock should also note that such equity financing, as well as the convertible notes that are intended to be redeemed with the net proceeds of such financing, are highly dilutive to our existing stockholders and have a high cost of capital. As additional equity securities are issued, investors’ percentage interests in our equity ownership will be diluted. The result of this could reduce the value of current investors’ stock. Further, as common stock is issued in return for additional funds, the price per share could be lower than that paid by our current stockholders.”

So, long story short, the company is taking in $3M to be used for operational expenses (such as executive salaries and bonuses), and current shareholders are slated to get the shaft. All the while, not a brick has been laid, nor a shovel of dirt moved.

The stock initially tried to rally on the news, until the market had a chance to think this through a bit. The afternoon session on Tuesday (the day the news was released) consisted of a cliff diving sell-off of around 50%, taking it right back down to roughly where it was before the announcement. I would imagine we will see it trading back under a penny per share soon enough, as more and more folks start to see the pattern here.

Now commanding a market cap of $19.8M, MMEX has virtually no cash on the books, which is balanced by about $734K in total current liabilities as of last reporting. The company is pre-revenue at this point. We will update the story again soon as further details emerge. For continuing coverage on shares of $MMEX stock, as well as our other hot stock picks, sign up for our free newsletter today and get our next hot stock pick!