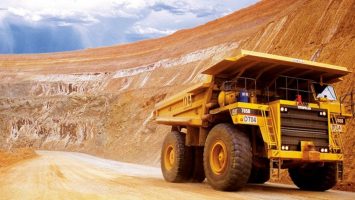 REDSTAR GOLD CORP COM NPV (OTCMKTS:RGCTF) is a micro-cap junior gold miner that has been on the move of late. In fact, the action has been heating up enough to spur an IIROC inquiry on the stock’s behavior. Management came out yesterday with a response, noting that it is not aware of any material change in its business or affairs that has not been publicly disclosed that would account for the recent increase in volume or price.

The action does include a clear technical breakout above both the stock’s recent trading range as well as its 200-day moving average. Traders will also note about 23% during the past month in terms of shareholder gains in the company. Market participants may want to pay attention to this stock. RGCTF has evidenced sudden upward volatility on many prior occasions. Furthermore, the listing has benefitted from a jump in recent trading volume to the tune of a bit less than 470% above its longer-run average levels.

According to company materials, “Redstar is well-financed junior exploration company, with a very strong, supportive institutional shareholder base, no debt, and is focused on high-grade gold exploration and advancing its high-grade Unga Gold Project in Alaska. The 100% controlled Unga Gold Project is an intermediate sulfidation epithermal high-grade gold project on a district scale, with the property encompassing approximately 240 km2, and containing multiple high grade gold zones drilled or identified at surface. The former Apollo-Sitka gold mine, located on the southern Apollo-Sitka Trend, was Alaska’s first underground gold mine and the site of historic high-grade (~10 g/t Au) gold production. The Unga Gold Project has extensive infrastructure with daily flights from Anchorage landing on a one mile long paved airstrip and a deep-water port on neighboring Popof Island, and a moderate climate noting it resides at the 55th degree latitude and next to tidewater. In addition, Redstar owns approximately 22.2% of NV Gold Corp. (TSXV: NVX). Redstar also owns 30% of the Newman Todd Gold Project, in Red Lake, Ontario, Canada.”

Find out when $RGCTF stock reaches critical levels. Subscribe to OracleDispatch.com Right Now by entering your Email in the box below.

As noted above, the company had to respond to a request for information form regulators based on the giant jump in volume mainly on the Canadian exchange for shares of the company. While management contended that it had no idea what was going on, the company also included the sense that it might not be surprising that folks would be interested in the stock:

“The Company commenced its 2017 Spring Exploration Program in April 2017, and initiated its diamond drilling program at the Shumagin Gold Zone, within the Unga Gold Project, in May 2017. The 2017 Spring Drill Program, initially totaling up to 5,000m, has commenced on the geophysical anomalies along strike to the southwest of the known Shumagin Gold Zone, with a main goal to initially trace the occurrence quartz-adularia-carbonate breccias along strike of the Shumagin Fault and the footwall splay along approximate 100m centers. Concurrent with drilling, detailed prospecting and soils sample grids will cover the entire footwall basalt/andesite within the areas of the Northern footwall anomalies to locate geochemically anomalous areas along the structures that can be drill tested later during the summer.”

We would also note that there have been some screwy dynamics with Canadian junior gold miners as the monster ETF complex, including JGDX and JNUG, have encroached on too much exposure and need to diversify their holdings into some of the less known junior miners. We expect from time to time while this is going on we might see sudden speculative flourishes into names like RGCTF.

Earning a current market cap value of $34.1M, RGCTF has a stash ($6.2M) of cash on the books, which is balanced by virtually no total current liabilities. The company is pre-revenue at this point. We will update the story again soon as developments transpire. For continuing coverage on shares of $RGCTF stock, as well as our other hot stock picks, sign up for our free newsletter today and get our next hot stock pick!