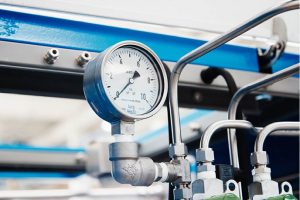 Newmont Corporation (NEM) shares are trading at lower $62.67 and the avg recommendation for the stock is Moderate Buy, while the current analyst price...
Read more
Sector News

NOW Inc. (NYSE:DNOW) on the Path to Profitability

NOW Inc. (DNOW) shares are trading at higher $5.41 and the avg recommendation for the stock is Moderate Buy, while the current analyst price...
Read more
Sector News

InspireMD Inc. (NSPR) shares are trading at higher $0.35. To add more color to this target, the company’s high over the last year is...
Read more

Plug Power Inc (NASDAQ:PLUG) received funding from Amazon back in April. The news sent shares from $1.20 to $2.50 on the announcement Amazon was investing via warrants tied to payments totaling $600 million. Have a look at the chart below to see this pop in prices.

Shares have since settled back to the $2.10 area, but it is clear the Plug Power + Amazon relationship goes beyond simply supplying power in the fulfillment centers. With the news that Amazon (AMZN) has bought Whole Foods (WFM), and the likely expansion in the FF Centers, this all creates a stronger revenue opportunity for PLUG.

Plug Power Inc (NASDAQ:PLUG) specifically has an agreement with Amazon to utilize Plug Power fuel cells and hydrogen technology in its fulfillment network. Revenues associated with the commercial agreements are expected to be around $70 million in 2017. At select fulfillment center locations, Amazon will begin powering its industrial equipment such as forklifts using the GenKey technology which will enable faster charging times, reduced costs, and support energy-efficiency as AMZN upgrades efficiency at the FF Centers.

“This agreement is a tremendous opportunity for PLUG to further innovate and grow while helping to support the work Amazon does to pick, pack and ship customer orders,” said Andy Marsh, CEO of Plug Power. “Our hydrogen fuel cell technology, comprehensive service network, and commitment to providing cost-savings for customers has enabled Plug Power to become a trusted partner to many in the industry and we are excited to begin working with Amazon.”

Additionally, Amazon and Plug Power will begin working together on technology collaboration, exploring the expansion of applications for Plug Power’s line of ProGen fuel cell engines.

Plug Power has granted Amazon warrants to acquire up to 55,286,696 of Plug Power’s common shares at $1.1893 per share (Exercise Price), which is based on the volume weighted average closing price of Plug Power common shares for the thirty trading days ending April 4, 2017.

Vesting of the warrants is tied to payments totaling $600 million in the aggregate made by Amazon, directly or indirectly, in connection with the purchase of goods and services from Plug Power.  An adjustment to the Exercise Price will occur after the first 34,917,912 warrants have vested, and will be based on the volume weighted average closing price, at the time that such warrants vest. The details of the warrants and vesting is described in more detail in a report on Form 8-K filed by Plug Power.

Plug Power is an innovator taking hydrogen fuel cell technology from concept to commercialization, they offer hydrogen and fuel cell solutions for material handling applications replace lead acid batteries to power electric industrial vehicles, such as the lift trucks which targets Amazon who uses these in its fulfillment centers. Material handling professionals experience a more productive workforce as trucks operate at maximum power for an entire shift, and they can eliminate costly battery changes that impact productivity and safety. The use of hydrogen fuel cells also reduces greenhouse gas emissions, improving a customer’s environmental footprint.

Through ProGen, Plug Power Inc (NASDAQ:PLUG) extends its reach into the on-road electric vehicle market, increasing its served market for fuel cell products and hydrogen fueling stations. The ProGen fuel cell engine solution addresses a wide range of applications, including parcel delivery and service trucks, municipal and government fleets, taxis and port vehicles. ProGen engines are proven today, with more than 6,000 ProGen engines in service, supporting some of the most rugged operations in the world. We will see how the price action follows through as this story evolves. As a benchmark, PLUG has a $469.09 million market cap, with 223.45 million shares outstanding, this is really a small bite for a company like Amazon, who is on an acquisition run based on the purchase of Whole Foods (WFM) this week.  Check back with us as we follow this story. For more updates on Plug Power Inc and other fast-moving penny stocks, please subscribe to OracleDispatch.com below.