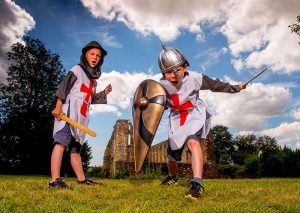 Cannabis Science Inc (OTCMKTS:CBIS) is a penny player in the cannabis patch that we grew quite bearish on about two months ago when the company seemed to signal a return to its old highly dilutive ways without ever making good on its new initiatives to the extent that actual sales were recorded. That’s not a great signal, so we suggested back in April that it wasn’t a real good bet. Since then, the stock has dropped about 40% and continues to look heavy according to our experience.

Cannabis Science Inc (OTCMKTS:CBIS) has been down an interesting road over recent months. We see the company as actively striving for, and achieving a bump in legitimacy through some of its newly established relationships.

The company defines itself according to the narrative of a leading-edge researcher and designer of cannabinoid solutions to health problems.

CBIS is involved in developing medicines for autism, blood pressure, cancer and cancer side effects, as well as for other illnesses comprising for general health maintenance. It also develops CS-TATI-1 for newly diagnosed and treatment-experienced patients with drug-resistant HIV strains, as well as those intolerant of available therapies; CS-S/BCC-1 to treat basal and squamous cell carcinomas; and a proprietary cannabis-based therapy for neurological conditions.

Find out when $CBIS stock reaches critical levels. Subscribe to OracleDispatch.com Right Now by entering your Email in the box below.

According to the company’s recent release, Cannabis Science has completed its registration in the U.S. Government’s System for Award Management (SAM), and has applied for and received a Commercial and Government Entity (CAGE) Code from the Defense Logistics Agency’s CAGE Program Office at the U.S. Department of Defense. Cannabis Science is now listed with all U.S. companies eligible for Federal Government Contracts. “Achieving eligibility to access contracting opportunities with the U.S. Federal Government is a significant step for Cannabis Science,” stated Mr. Raymond C. Dabney, Cannabis Science’s President, CEO, and Co-founder. “I believe we can leverage the unique experience and expertise of our company to win new business and grow Cannabis Science’s revenue base. We also plan to work closely with our strategic partners and collaborators to access Federal contracting and grant opportunities.”

Recent action has seen about -10% dragged out of share pricing for the stock over just the past week, a slide that has taken root amid largely bearish action over the larger time frame as well. However, CBIS is certainly a stock that has evidenced sudden upward volatility on many prior occasions. Moreover, the listing has benefitted from a jump in recent trading volume to the tune of 22% above the average volume levels in play in this stock over the longer term.

Earning a current market cap value of $121M, CBIS has a stash ($333K) of cash on the books, which compares with about $2M in total current liabilities. CBIS is pulling in trailing 12-month revenues of very negligible totals. That’s nothing, but even that has fallen off a cliff on a y/y basis. We will update the story again soon as further details emerge. For continuing coverage on shares of $CBIS stock, as well as our other hot stock picks, sign up for our free newsletter today and get our next hot stock pick!