What to Look for in Global Arena Holding Inc (OTCMKTS:GAHC) 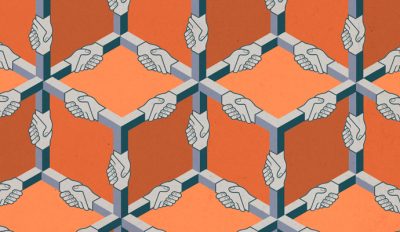 Global Arena Holding Inc. (OTCMKTS:GAHC) is a microcap holding company that could be holding some valuable technologies. Without a doubt, the blockchain has been one of the most talked about technologies in recent years. Silicon Valley super-investor Marc Andreessen famously called the blockchain “the most important invention since the Internet itself.” So it’s no wonder that New York-based Global Arena Holding Inc. (OTCMKTS: GAHC) has been attracting so much attention from investors for its foray into the blockchain technology space.

Shares of GAHC are currently trading at $0.0227, giving the company a stock market capitalization of $10.05 million. Over the most recent 52-week period, shares have traded as low as $0.00 and as high as $0.07. On a YTD basis, shares of GAHC are up a head-spinning 2354.18%. GAHC is a stock that is extremely volatile, though. In early June, for example, shares of the company were trading near 52-week highs of $0.07. Since then, shares have cratered, losing more than 50% of their value. In just the past five trading days, shares are down 19.58%.

The problem, from the perspective of long-term investors, is that Global Arena Holding is just a holding company. It’s not a pure play technology company like Google or Facebook or Snap. So that means investors really have to scrutinize what the company has in its acquisition portfolio. Remember – Global Arena Holding was formed in 2011 after a reverse merger with China Stationary and Office Supply (CSOF).

So how did we go from a stationary and office supply vendor to a hot technology stock? The answer is the blockchain. The company has two subsidiaries – Global Election Services (GES) and GAHI Acquisition Corp. and both of them are focused on leveraging blockchain technology in different ways.

But the real “magic” of the blockchain has to do with cryptocurrencies like Bitcoin. It is the blockchain that enables owners of Bitcoin to be completely anonymous. It’s a big step from cryptocurrencies to elections, and that’s what makes Global Arena Holding so inscrutable and hard to value. As recently as April, analysts were calling it a “bitcoin company.” Every article about GAHC mentioned the fact that Bitcoin was trading at record highs and that the cryptocurrency space was going to take off.

But now that speculators have backed off the whole “Bitcoin companies are hot” investment thesis, it’s time to reposition the blockchain story around elections and the voting process. The idea here is that the blockchain could be used to 100% verify the results of elections. And that’s an idea that’s very powerful now, given all the buzz and hysteria over the potential hacking of the U.S. presidential election.

So you can see how this new investment thesis is now being used to create new buzz around GAHC. Whereas every article about GAHC used to contain a mention of Bitcoin and how impressively priced Bitcoin is, now every article talks about the company’s deep expertise with elections and voting technology.

However, there are a number of red flags surrounding Global Arena Holding. On March 31, the company submitted a late filing notice, essentially warning investors that it was having trouble putting together its 10-K annual report. The company seems to have shrugged off those troubles, but there are obviously serious risks involved with a company that seems to be looking for a real direction.

The bottom line: The basic plan for GAHC seems to be just acquiring a lot of technologies, companies and patents, and then figuring out a real strategy later. That might be the reason why the stock continues to be so volatile. If you have a large risk appetite and buy into the blockchain technology thesis, this might be a stock to consider for your portfolio. But just keep in mind that it’s not a classic technology company, it’s just an acquisition vehicle for acquiring other companies. For more news on Global Arena Holding (OTCMKTS: GAHC) and other fast-moving penny stocks, please subscribe to OracleDispatch.com below.