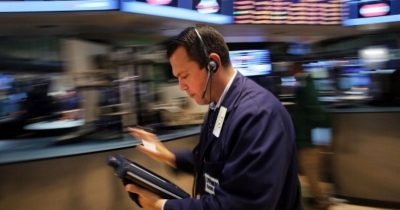 It has been a news laden month for PILGRIM PETROLEUM COM STK USD1 (OTCMKTS:PGPM). On June 8th the company announced a new funding commitment of $3 million from certain insider(s). The CEO, Mr. Rafael A. Pinedo has confirmed no intent or plans to dilute, which has led people to speculate the company could be worth a considerable amount more than is perceived in the general public. The company also announced that this is the first of many funding events this year which will come from a mix of insiders and private investors.

This new capital commitment will allow the company to start production on their non-producing properties, acquire additional mineral rights and secure additional working interest. They expect it will bring transformative changes to the company, both on the corporate and strategic front. The primary focus is to allocate capital to the most compelling opportunities and strive to align their capital structure with their exploration strategy and through the rationalization of our non-core exploration prospects that no longer fit their selection and screening criteria.

Find out when $PGPM stock reaches critical levels. Subscribe to OracleDispatch.com Right Now by entering your Email in the box below.

Pilgrim Petroleum Corp. is a Texas based oil and gas exploration and development (E&D) company with domestic producing crude oil and natural gas properties. The company has positioned itself and its shareholders to take advantage of the supply needs in the energy sector by providing domestically produced resources. They currently hold crude oil and natural gas reserves with the majority of acreage in shallow formation fields for low cost exploration, drilling and production. The company’s management and operational team have extensive oil and gas industry expertise as well as capital market experience. Their combined strengths allow the company to run at maximum efficiency while exploiting the full potential of our properties to maximize production.

Currently, Pilgrim Petroleum is concentrating its efforts in the Lilly Hooks Field, where three Sand Zones are oil productive across the entire Field. The D Zone is the principal producer, with non-proven reserves of about 100,000 barrels per well. The A and B Zones have reserves of about 25,000 barrels each. Pilgrim owns more than 80 old wells in the area, currently being re completed and it will be drilling new wells as soon as the recompletion program of all wells is achieved.

The Barnett Shale growth, one of the hottest domestic natural gas reserves, has been very impressive, from around 275 mmcfd in late 1999 to around 900 mmcfd today, it mostly comes from the areas of Denton, Tarrant and Wise counties.

The bottom line: With the new insider investment and share repurchase program there is a lot of positive sentiment surrounding Pilgrim Petroleum Corp (OTCMKTS:PGPM) and with the price dipping to $0.0043, there is some potential for this to deliver lucrative returns for daring investors. For continuing coverage on shares of Pilgrim Petroleum Corp stock, as well as our other breakout picks, sign up for our free newsletter today and get our next hot stock pick!