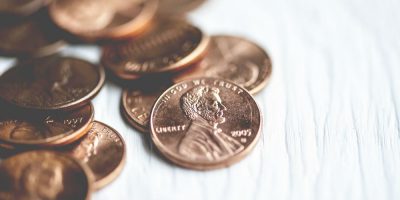 Dewmar International BMC Inc (OTCMKTS:DEWM) is a sub-penny special that leapt higher this week after the company confirmed that it has brought its financial filings up to a “current” status with OTC markets. The data is listed as audited, and the results clearly surprised the market a bit, which accounts for the stock’s 65% move higher on Thursday.

The company focuses on its diversified operations, noting that it conducts business across variegated business sectors including consumer goods, hemp, cannabis, pharmaceuticals, and healthcare. As noted in its most recent press release, over the past two weeks, Dewmar has filed with OTC Markets annual financial reports from 2014 to 2016 and Q1 2017. The most important takeaway is that the company has moved through those three years with self-sustaining operations that apparently do not include any dilutive or potentially dilutive steps, which is the exception rather than the rule in the sub-penny ranks, to be sure.

As noted above, DEWM got back to current with its filings this week. And these are all audited numbers, which is very important. Among the company’s most impressive revelations, in recent years, we have seen business expansion into the healthcare market, where the company showed growth of over $4M in the three-year period. Much of that hit in 2015, when we saw over $3.3M in sales. It would appear as though perhaps Obamacare may have impacted things given that the company reports that “Market wide changes in healthcare trimmed 2016 annual revenue to $630,000”.

According to the release, the Company reinvested previous years’ profits into new product development, acquisitions, new businesses developments, personnel training and healthcare technologies to name a few of many more items. Management goes on to state that “As of March 31, 2017, Dewmar International has $3.8 million is assets on its Balance Sheet, not including its market cap.”

The market was likely also reacting to the fact that the company’s press release including a note stating that Dewmar’s operations now include United States Hemp Corporation (USHC), a wholly owned subsidiary, based out of Denver, CO to focus on “emerging opportunities in both the hemp and cannabis industries resulting from sweeping legislation changes occurring on the State level across the entire country. USHC has a hemp/cannabis business incubator program to discover emerging brands, services, and technologies to assist them in major channel distribution.”

The chart shows above 150% tacked on to share pricing for the listing in the past month. Market participants may want to pay attention to this stock. DEWM has a track record that includes a number of dramatic bounces. Furthermore, the listing has seen an influx in interest of late, with the stock’s recent average trading volume running 210% over what the stock has registered over the longer term.

At this time, carrying a capital value in the market of $18.12M, DEWM has virtually no cash on the books, which compares with about $327K in total current liabilities. DEWM is pulling in trailing 12-month revenues of $480K. In addition, the company is seeing major top line growth, with y/y quarterly revenues growing at 354.1%. This may be a very interesting story and we will look forward to updating it again soon. For continuing coverage on shares of $DEWM stock, as well as our other breakout stocks, sign up for our free newsletter today and get our next hot stock pick!