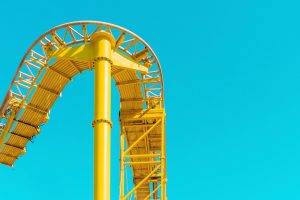 Integral Technologies, Inc. (OTCMKTS:ITKG) is a micro-cap name in the conductive hybrid plastics space that recently saw its shares explode higher. But that move has boarded the roller coaster at the moment, and investors are no doubt scratching their heads about the stock and what to make of the crazy tape.

The catalyst of note driving the explosion of volume and movement hit a couple days ago when the company, and its wholly owned subsidiary PlasticsP., announced that its ElectriPlast material has been chosen by a leading European electric luxury SUV maker for use in a high voltage connector. According to the release, ElectriPlast has been engaged with a North American automotive Tier 1 for the past year in bringing this application to market. The electric SUV is expected to make its European debut in late 2017. This marks the second ElectriPlast order for use in an electric vehicle platform so far this year.

Integral Technologies, Inc. (OTCMKTS:ITKG) frames itself as a leader in conductive hybrid plastics and currently owns over 50 patents referencing its ElectriPlast technology. ElectriPlast is a line of non-corrosive, electrically conductive resin-based materials. ElectriPlast has the physical properties of plastic, while also possessing electrical properties, allowing for an excellent light weighting solution for many electrical applications.

By replacing traditional metals with ElectriPlast, component weight is reduced by 40 to 60%. Applications for ElectriPlast include: EMI shielding, electronics, batteries, LEDs, motors and wires. The company has recently entered into agreements with BASF Corporation, Delphi Automotive PLC, Hanwah L&C and East Penn Manufacturing.

Subscribe below and we’ll keep you on top of what’s happening before $ITKG stock makes its next move.

As noted above, the stock has been moving in wide gyrations in recent days following the company’s announcement of a deal for its Electriplast subsidiary.

“We are excited about winning this order with such a prestigious automaker with a globally renowned brand and appreciate the vision that our Tier 1 partner has in implementing ElectriPlast conductive plastic as part of their EMI shielding portfolio,” stated Mo Zeidan, CTO of ElectriPlast.  “We never wavered in our belief that there was tremendous potential in the automotive industry for conductive plastic and this is just another validation.  Now that ElectriPlast has been adopted into multiple automotive platforms, we are very well positioned to benefit from the explosive global growth of electric vehicles.”   ElectriPlast is currently working with multiple Tier 1’s in implementing their EMI shielding solutions for automotive applications.

According to the release, the order, which will run through 2024, is ElectriPlast’s first European automotive commercial order.  Volumes for the program will be finalized once the complete global vehicle rollout plan is disclosed. Two million electric vehicles were on the road globally in 2016, that number is estimated to be as high as 70 million by 2025.  ElectriPlast recently fulfilled an initial order for a separate Tier 1 for a different global auto platform.  If awarded, this optical electronics application for that program will be utilized in approximately 2 million vehicles beginning with the 2018 model year.

Recent action has seen 38% piled on for shareholders of the listing during the trailing week, but that move is a compromise of a much more explosive breakout higher in immediate response to the press release, whereby the stock moved as much as 250% higher on an intraday basis.

The bounce has taken root amid largely bearish action over the larger time frame. That said, ITKG has evidenced sudden upward volatility on many prior occasions. Moreover, the name has witnessed a pop in interest, as transaction volume levels have recently pushed nearly 850% above its longer-run average levels.

Currently trading at a market capitalization of $20.82M, ITKG has virtually no reported cash on the books, which must be weighed relative to about $1.2M in total current liabilities. One should also note that debt has been growing over recent quarters. ITKG is pulling in trailing 12-month revenues of $114K. In addition, the company is seeing major top line growth, with y/y quarterly revenues growing at 56.4%. You can bet we will update this one again as new information comes into view. For continuing coverage on shares of $ITKG stock, as well as our other hot stock picks, sign up for our free newsletter today and get our next hot stock pick!