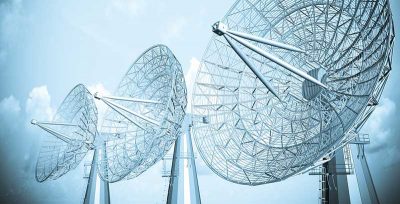 AIkido Pharma Inc. (AIKI) shares are trading at higher $0.58. To add more color to this target, the company’s high over the last year...
Read more
Opinion

MFA Financial Inc. (MFA) shares are trading at lower $2.74 and the avg recommendation for the stock is Moderate Buy, while the current analyst...
Read more
Opinion

SuperCom Ltd. (SPCB) shares are trading at higher $0.96 and the avg recommendation for the stock is Hold. To add more color to this...
Read more
Opinion

Kosmos Energy Ltd. (KOS) shares are trading at lower $1.06 and the avg recommendation for the stock is Moderate Buy. To add more color...
Read more

InterCloud Systems Inc (OTCMKTS:ICLD) may have finally hit its bottom and turned the tide. It has nothing but pain for investors who bought ICLD in 2015 with a heavy decline from the $2 range all the way down to a low of 1 cent on the 28th February 2017. The first month of this year delivered more of the usual for the struggling I.T. company before a brief rally on February 2nd hitting a high of $0.0340 and bouncing off resistance of the 50MA line, but that turned out to be short lived as it continued to plummet to the low of 1 cent at the end of the month.

The first two weeks of March saw a parabolic rise from 0.01 to a high of 0.0985 due to a cash injection and being awarded $2.4 million in new contracts, but once again over the course of the next three months the majority of those gains were wiped out leaving the price at 0.017 on June 8th. This could be the bottom as we have seen a rally over the last few weeks with a very bullish close near the high at $0.037 on June 22nd.

InterCloud’s cloud solutions offer enterprise and service-provider customers the opportunity to adopt an operational expense model by outsourcing to InterCloud rather than the capital expense model that has dominated in recent decades in IT infrastructure management.

Find out when $ICLD stock reaches critical levels. Subscribe to OracleDispatch.com Right Now by entering your Email in the box below.

There has been no shortage of news for InterCloud Systems Inc (OTCMKTS:ICLD) in the last few months. On March 1st, the company  announced the sale of the High Wire Networks division of ADEX Corporation. The asset was originally acquired by ADEX in 2014 for less than $1.0 million and accounted for approximately $11.0 million in annual revenue in 2016. Under the terms of this asset sale, InterCloud received $4.0 million in cash and is expected to receive an additional working capital adjustment of approximately $0.9 million, to be paid in six months. The proceeds from this sale were used to reduce secured outstanding debt.

Nine days later, the company announced it was recently awarded approximately $2.4 million in new contracts for professional services for new and existing customers with most of the work to be undertaken in the near future.

On March 14th Intercloud Systems reported financial results for the full year of 2016. Highlights included: long term debt being reduced by $27.4 million since June 2016; revenue in 2016 was $78.0 Million compared to $74.1 Million in 2015 and operating expenses were reduced by $7.8 million.

Mark Munro, Chairman and CEO of InterCloud, stated, “In 2016, the Company began a systematic restructuring. The changes included the sale of certain assets to generate cash and reduce senior debt.  Our senior debt now totals only $5.7 Million; which is down from $25.7 Million in June of 2016. The senior debt reduction along with the subordinated debt reductions since June 2016 now total over $27.4 Million.  This is a significant and important reversal. Our team remains focused on eliminating or restructuring the remaining subordinated debt in order to reduce interest expense and increase the shareholder equity of the Company. InterCloud will continue to deleverage, sell assets that do not have significant upside for the long term and focus on deeper cost cutting measures to achieve positive cash flow.  Our focus is on driving our cost of goods sold down as well as reducing future operating expenses. Corporate costs are also being reduced as our employees are focused on achieving more with less overhead”.

On May 12th Quarter 1 results were announced, key highlights were:

Revenue for the first quarter ended March 31, 2017 declined 21% to $14.0 million, compared to $17.6 million for 2016. This was the result of a decline in our managed services business segment offset by a small increase in our application and infrastructure segment.

In addition to this, over June, the company has been awarded a further $3.5 million in new contracts.

The Final Word: Lots of bullish news for Intercloud systems and a time when they most definitely needed it, it seems the tide may have turned for the I.T. company and if this is the case then it looks great value at the moment. For continuing coverage on shares of Intercloud Systems stock, as well as our other breakout picks, sign up for our free newsletter today and get our next hot stock pick!

Danaher Corporation (DHR) shares are trading at lower $232.10 and the avg recommendation for the stock is Strong Buy, while the current analyst price...
Read more
Investing

Electrameccanica Vehicles Corp. (NASDAQ:SOLO) on the Path to Ruin

Is Now the Time to Invest in Neovasc Inc. (NASDAQ:NVCN)?

Neovasc Inc. (NVCN) shares are trading at lower $1.06 and the avg recommendation for the stock is Strong Buy, while the current analyst price...
Read more
Sector News

Ocean Power Technologies Inc. (OPTT) shares are trading at lower $1.82 and the avg recommendation for the stock is Hold. To add more color...
Read more
Opinion

Wabtec Corporation (WAB) shares are trading at lower $56.17 and the avg recommendation for the stock is Moderate Buy, while the current analyst price...
Read more
ORACLEDISPATCH