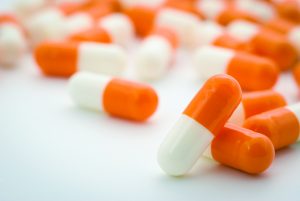 AVEO Pharmaceuticals, Inc. (NASDAQ:AVEO) saw a massive gap up on Friday, as the price rose from $0.726 at close Thursday to reaching a high of $1.38 – before a large amount of profit taking took place, as evidenced by the large upper wick, driving the price down to close at $1.23. But why all the sudden action?

Last year was a tough one for Aveo Pharmaceuticals (NASDAQ:AVEO) as the price fell from $1.27 in January all the way down to $0.54 cents by the end of the year and never once managing to get above the 50MA line. This year started off very bullish and only took two days to surpass the 50MA line and then remained in the 60 – 70 cents range until early February, it was at this point when the bulls showed up in force leading to a surge in price for the rest of the month and into mid March – reaching a high for the year of 98 cents and quite significantly recapturing the 200MA line for the first time in years. All this progress seemed like it was for nothing after tanking 50% to $0.499 at the end of March but then quickly stabilised around the 60 cents region before finally making a move up in late May and once again taking the 50 and 200MA lines, before today’s take off to hit $1.23.

AVEO Pharmaceuticals, Inc. (NASDAQ:AVEO) is a biopharmaceutical company dedicated to advancing a broad portfolio of targeted therapeutics for oncology and other areas of unmet medical need. The Company is focused on seeking to develop and commercialize its lead candidate tivozanib, a potent, selective, long half-life inhibitor of vascular endothelial growth factor 1, 2 and 3 receptors, in North America as a treatment for renal cell carcinoma. AVEO is leveraging multiple partnerships aimed at developing and commercializing tivozanib in oncology indications outside of North America, and progressing its pipeline of novel therapeutic candidates in cancer, cachexia (wasting syndrome) and Pulmonary Arterial Hypertension (PAH).

Friday’s huge rise in price by nearly 50% was due to the announcement that the Committee for Medicinal Products for Human Use, the scientific committee of the European Medicines Agency, has recommended tivozanib for approval as a treatment for patients with advanced renal cell carcinoma, the decision is expected within 67 days. This is very positive for the company as it has already failed to receive FDA approval for tivozanib in 2013. Tivozanib is being licensed in Europe by EUSA Pharma Inc. Tivozanib and is intended for the most common type of kidney cancer – advanced renal cell carcinoma. This type of cancer is expected to be one of the fastest growing in the next decade.

Find out when $AVEO stock reaches critical levels. Subscribe to OracleDispatch.com Right Now by entering your Email in the box below.

Michael Bailey, president and chief executive officer of AVEO stated: “A positive opinion from the CHMP is a critical step in our goal of obtaining regulatory approval of tivozanib as a treatment for RCC. Tivozanib’s unique tolerability profile together with the longest progression free survival reported in a Phase 3 first line RCC study, have the potential to fill an unmet patient need for better tolerated treatment in this disease. If the European Commission grants marketing approval for tivozanib, it would trigger a $4 million research and development reimbursement payment from EUSA, and AVEO will also be eligible for up to $12 million in additional milestones from EUSA based on member state reimbursement and regulatory approvals. These payments would add significant resources to our balance sheet as we work toward the anticipated readout of our U.S. pivotal trial in third-line RCC, the TIVO-3 trial, in the first quarter of 2018.”

The bottom line: It has been a rough few years for Aveo Pharmaceuticals (NASDAQ:AVEO) and this is shown for all to see in the dwindling stock price but there is renewed hope with this key development in their lead candidate tivozanib, which has received setback after setback over the last three years. If given approval then there is huge upside potential with tivonazib being licensed to compete with Bayer’s Nexavar in tackling one of the fastest growing cancers in the world. For continuing coverage on shares of Aveo’s stock, as well as our other breakout stocks, sign up for our free newsletter today and get our next hot stock pick!