Marathon Patent Group Inc (NASDAQ:MARA) Back From the Dead 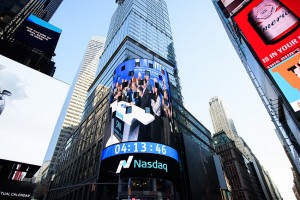 If investors in Marathon Patent Group Inc (NASDAQ:MARA) could summarize the journey they have been on since the start of this year, the phrase “hold onto your hats” would be more than appropriate. Last year saw the price oscillate between $1.30 and $3, never being particularly bullish or bearish, but as soon as we hit 2017 it was all downhill with a few dead cat bounces to provide a little false hope. The price began the year at a high of $1.86 and by June 20th hit a low of 13 cents, a decline of 93%. The last three days has seen a big rally hitting a high of 48 cents on June 23rd and touching the 50MA resistance line but there was a lot of profit taking to end the day on 34 cents.

So why the big move this week?

Marathon Patent Group Inc (NASDAQ:MARA) is a patent and patent rights acquisition and licensing company. The primary focus of the company is  to acquire patents and patent rights from patent holders ranging from individual inventors to Fortune 500 companies. They pride themselves on acquiring patents from a wide array of subject matter and therefore have a patent asset portfolio that is well diversified. Revenue is generated through actively managed concurrent licensing campaigns. This approach is expected to result in a long-term, diversified revenue stream.

Find out when $MARA stock reaches critical levels. Subscribe to OracleDispatch.com Right Now by entering your Email in the box below.

In recent news, Marathon Patent Group (NASDAQ: MARA) announced on May 19th that  the court issued an order in the matter of its subsidiary Signal IP, Inc. v. Fiat U.S.A., Inc., Case: 2-14-cv-13864, adjourning the trial until further notice of the Court.

The order signed by District Judge Mark A. Goldsmith is as follows:

“The current dates in the case management and scheduling order (Dkt. 28) for the submission of the parties’ proposed joint final pretrial order, final pretrial conference, and trial are adjourned until further order of the Court.”

First quarter results of 2017 highlights were:

Doug Croxall, Chief Executive Officer of Marathon, stated, “As expected, our first quarter was unsurprisingly light. While there were revenue opportunities, we remain unwilling to compromise what we believe to be reasonable licenses to try and impact a particular quarter. It’s for that reason we’ve always advised that our financial performance should be evaluated on an annual basis, as opposed to quarterly”

Last year Marathon Patent Group Inc posted an EPS of $-1.85, the EPS is projected to grow -58.4% compared to the EPS from last year. It is important to bear in mind that the company is looking to retain a large proportion of its capital to allocate to growth opportunities and any other unforecasted expenses, ensuring that it is sufficiently liquid and mitigate risk of being unable to continue its operations.

Although it has been a torrid time for MARA investors, a trend reversal at least in the short term is expected. Judging by CEO Doug Croxall’s comments, the company should be judged on its annual performance to allow it to resolve disputes the right way instead of resolving them just to satisfy quarterly results. For continuing coverage on shares of Marathon Patent Group’s stock, as well as our other breakout picks, sign up for our free newsletter today and get our next hot stock pick!