IntelGenx Technologies Corp. (OTCMKTS:IGXT) Needs To Be On Your Radar 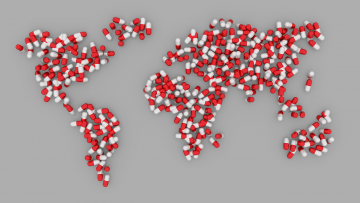 IntelGenx Technologies (OTCMKTS: IGXT) is a part of the pharmaceutical industry that is undergoing a transition from tablet-based drug delivery systems to film-based delivery systems. And IGTX has positioned itself nicely to make a huge impact in the thin films market, which is projected to grow from $7 billion in 2015 to $16 billion in 2024. That amounts to a 9% compound annual growth rate (CAGR) over that time period, so you can see why some investors are enthusiastic about IGXT.

IntelGenx Technologies (OTCMKTS: IGXT) has seen significant upward momentum ever since the company released its Q1 2017 results on May 11. For the quarter, revenues were up 65% compared to the year-earlier period. And in a conference call discussing the quarter, the company’s management laid out some of the most important growth catalysts moving forward.

Find out when $IGXT stock reaches critical levels. Subscribe to OracleDispatch.com Right Now by entering your Email in the box below.

One of those catalysts is the pending construction of an 11,000 square foot facility expansion that is necessary to handle additional production volumes. According to IGXT, this will result in a fivefold increase in production capacity. And on the drug development front, the company announced significant progress for two of the stars in its drug development pipeline, Tadalafil and Rizaport.

And here’s where you can begin to really grasp the importance of moving from a tablet-based drug delivery system to a film-based system. The company’s lead product right now, Tadalafil, is a film-based version of Cialis, the popular drug for treating erectile dysfunction. According to IGXT, Tadalafil is a complete bioequivalent, so it’s really a matter of how you’d prefer to use it – as a film or as a tablet. And IGXT is convinced men would rather use a film-based product rather than a tablet. There are a number of reasons for this, including quick absorption, rapid disintegration, faster action, better taste and reduced adverse effects.

The problem until now was that the pharmaceutical giant Eli Lilly owned the patent for the Cialis tablet, but that patent for erectile dysfunction dosing is going to expire in 2017. In late March, IGXT obtained an exclusive license from Eli Lilly for the production of Tadalafil. That clears the way for a U.S. launch of the product in mid-2018. That’s obviously a huge win for the company.

And Rizaport, another film-based drug, is also showing real progress. This drug is an anti-migraine drug, and so you can see the huge potential market for it. IGXT already has an agreement in place to commercialize this Rizaport product in South Korea. And, earlier this year, the company received approval for the sale of Rizaport in Luxembourg.

And there could be plenty more products on the way from IntelGenx, which focuses on the development of oral immediate-release and controlled-release products. The company has three different drug delivery platform technologies: VersaFilm (an oral film technology), VersaTab (a multi-layer tablet technology) and AdVersa (a muco-adhesive tablet technology). Right now, the company is working on the development and commercialization of a cannabinoid painkiller, as well as a generic drug related to the central nervous system.

The big question, though, involves the broader competitive marketplace. When compared to the Big Pharma giants, IGXT is tiny. For example, one of the biggest players in the thin-film pharmaceutical market is Pfizer. In a battle between Pfizer or IGXT, the outcome is basically a no-brainer. And Wall Street investors still have not embraced the company. Over the past year, the company’s stock has had trouble breaking through the $1 mark. In mid-June, Zacks downgraded IGXT from “Buy” to “Hold.”

The Bottom Line: So it’s clear that the path ahead for IntelGenx Technologies (OTCMKTS: IGXT) is not all clear sailing. However, there’s a lot to like about this company, its product diversification, its technology platforms, and its future growth prospects. It looks like Tadalafil could be a huge win for the company, and once it hits the U.S. market in 2018, could provide a huge impact to the company’s top and bottom lines. If you’re willing to accept the company’s risk/reward profile, this could be a unique opportunity to buy low and sell high. For continuing coverage on shares of $IGXT stock, as well as our other hot stock picks, sign up for our free newsletter today and get our next hot stock pick!