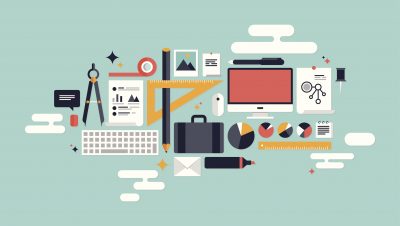 US Highland, Inc. (OTCMKTS:UHLN) is a penny play that has started to garner attention as the stock blasts higher in recent trade. The key catalyst behind the most is very clear. The ticker is setting up to be the new clothing wrapped around Charlie Grainger’s Franchise, which is a multi-state restaurant business with locations primarily in the Southeastern US.

The company released a press release announcing the acquisition as if it was part of the contiguous branding strategy of a multi-franchise umbrella company called US Highland, rather than a simple reverse merger whereby the ticker UHLN simply passes over to represent Charlie Grainger’s. And yet, if you dig a little, you will see that the President and Chairman of US Highland just resigned, and the company also just announced a whole new executive team. We don’t know for certain what we are dealing with, but my assumption is this is a simple reverse merger, and the ticker and name changes are both coming soon.

US Highland, Inc. (OTCMKTS:UHLN), as noted above, looks set to become the publicly traded arm of Charlie Grainger’s.

According to company materials, “The Charlie Graingers’ story began in 1939 by Mr. and Mrs. Charlie and Anne Grainger. Charlie Grainger was an accomplished musician traveling all over the country by train in his private railcar. He played the finest and most sought out venues across America playing his Big Band sounds to packed orchestra houses nationwide. He met his wife Anne and set his sights on starting a new life in North Carolina. Settling on Queen Street in downtown Wilmington, NC he opened the “Peacock Alley” restaurant that became the first drive-in in town. After 40 years in business, the Grainger’s retired in the 1980’s leaving a long legacy of good food, great memories, and lifelong friendships. Many generations, young and old, fondly remember the smell and taste of the original Peacock Alley and it’s lasting memories made over the decades.”

Find out when $UHLN stock reaches critical levels. Subscribe to OracleDispatch.com Right Now by entering your Email in the box below.

The company’s recent press release noted that Salvatore Rincione was to be the new Director of Operations. According to the release, Sal comes with over 25 years’ experience in Franchising and Multi Unit Restaurant Operations. In addition, Sal has overseen New Concept Development, Menu Innovation, Store Design, Construction Management and Real Estate Selection. Sal’s previous positions include, Vice President of Operations and ultimately the Vice President of Real Estate and Construction, for Red Mango USA.

The stock has obviously responded well to the news. Traders will note above 230% piled on for shareholders of the stock during the trailing month. Market participants may want to pay attention to this stock. UHLN has a track record that includes a number of dramatic bounces. In addition, the stock has registered increased average transaction volume recently, with the past month seeing nearly 410% over what the stock has registered over the longer term.

The team is obviously going to be key to making this transition work. As noted above, the company has named Salvatore Rincione as the new Director of Operations. According to the release, Sal was responsible for the Development of over 400+ Red Mango Locations within North and South America, to include Puerto Rico and Mexico in a seven-year span. Over his career he has served in positions including Vice President of Planet Hollywood as well as the Vice President of Operations and Development for Five Guys Burgers, CEO of UFood Grill, and Border Cafe as well as Five Point Partners where he was responsible for multiple Five Guys Burgers restaurants.

Management notes that “We are very pleased to announce, our 1st of many acquisitions and mergers in this Industry. This is the first step in building a strong presence in this space.” As we discussed above, this is the somewhat mysterious jargon as this appears to be a simple transitional RM into a new operating entity, which itself will be a contiguous entity going from private to public, while the prior entity signified by the UHLN ticker will cease to exist in any material sense.

In any case, if this view is wrong on UHLN, then we are looking at a company where the balance sheet would still matter. In that scenario, one might be somewhat concerned given the lack of any cash on the books and the half million in current liabilities. The fact that the TTM revs number is a goose egg shouldn’t be an issue under any scenario given that we know Charlie Grainger’s cash flow will unambiguously be a part of the accounting. This may be a very interesting story and we will look forward to updating it again soon. For continuing coverage on shares of $UHLN stock, as well as our other hot stock picks, sign up for our free newsletter today and get our next hot stock pick!