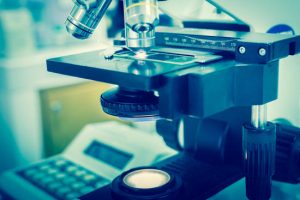 The Unprecedented Rise of The Kraft Heinz Company (NASDAQ:KHC)

The Kraft Heinz Company (KHC) shares are trading at lower $32.16 and the avg recommendation for the stock is Moderate Buy, while the current...
Read more
Wall Street Daily

Johnson Controls International plc (JCI) shares are trading at higher $43.02 and the avg recommendation for the stock is Moderate Buy, while the current...
Read more
Wall Street Daily

CBL & Associates Properties Inc. (CBL) shares are trading at lower $0.16 and the avg recommendation for the stock is Moderate Sell. To add...
Read more

Moleculin Biotech Inc (NASDAQ:MBRX) is coming off a extremely volatile week, leaving many wondering where it goes from here. For most of the year, the biotech stock has hovered around the dollar mark, floating mostly below that number. The recent surge is on the strength of an interesting and rather unique treatment for pancreatic cancer.

MBRX recently announced that it had made a discovery in its collaboration with M.D. Anderson Cancer Center with regards to a potential treatment for pancreatic cancer. The discovery, which the company has quickly termed WP1234, builds on the mechanism of action of its primary pipeline asset, the similarly named WP1122, which MBRX is currently investigating as a potential brain cancer treatment.

Moleculin Biotech Inc (NASDAQ:MBRX) and its treatment idea are pretty unique, but are rather risky because of their novelty.

Find out when $MBRX  stock reaches critical levels. Subscribe to OracleDispatch.com Right Now by entering your Email in the box below.

Scientists have known that cancer cells produce energy in a very different way to normal cells. Specifically, instead of using oxygen to produce ATP, they use a process called glycolysis, which converts glucose to ATP, bypassing oxygen. MBRX’s idea hinges on the notion of inducing glycolysis in cancer cell or starving them. However, to date, it has been incredibly difficult to get any sort of drug to last long enough so that it effectively inhibits glycolysis.

WP1122 has a half-life of 6 hours (as compared to the half-life of just a few minutes recorded by previous attempts at this sort of approach). Theoretically, that should be enough to go some way towards restricting a cancerous cell’s access to glucose and, as mentioned, the company is testing this hypothesis as part of a development program in brain cancer right now.

As relates to the latest discovery, the company has found a way to increase this half-life further, which means it could potentially have a comparable MOA but in pancreatic cancer – a cancer that, right now, has no treatment options outside of standard chemotherapy (which is ineffective).

MBRX will be providing more updates soon on this endeavor, but here are some important quotes from the press.

“We’ve received a lot of attention from the scientific community for our glucose decoy technology (WP1122 Portfolio, Moleculin Presents Preclinical Data of Novel Inhibitor of Glycolysis at 28th EORTC-NCI-AACR Symposium on Molecular Targets and Cancer Therapeutics, December 13, 2016) as a potential means to starve tumors to death by exploiting their hyper-dependence on glycolysis for energy production,” commented Walter Klemp, Chairman and CEO of Moleculin, “and now we have identified possible new properties of our compound WP1234, a modification to WP1122. In pre-clinical testing, WP1234 has shown improved drug characteristics when compared with WP1122 and a 20 to 50-fold greater ability to kill pancreatic cancer cell lines when compared with traditional inhibitors of glycolysis. We know that pancreatic cancer thrives even in a reduced oxygen environment, which indicates it may be highly dependent on glycolysis to survive. This discovery now makes WP1234 a promising drug candidate to be studied for the treatment of pancreatic cancer.”

Mr. Klemp continued: “Pancreatic cancer is still considered largely untreatable, so even modest gains in treating this disease could represent a significant clinical benefit. WP1234 improves on known inhibitors for glycolysis by increasing drug circulation time, which should increase the potential for drug uptake by and destruction of tumor cells. We are excited about the potential to pursue development opportunities with WP1234 for the treatment of pancreatic cancer. We are also pleased to report that this discovery was the direct result of our ongoing collaboration with M.D. Anderson Cancer Center and the science team there will be presenting detailed findings to the scientific community in the near future.”

The Bottom Line: Moleculin Biotech Inc (NASDAQ:MBRX) is a company to watch, especially as they provide news and updates for this new treatment. Biotechs can run hot and cold, so its imperative to keep up with the news before jumping in head first. The company is carrying a $35.05 million market cap with 17.76 million shares outstanding. We will be providing updates as they come out. For more news on MBRX and other fast-moving penny stocks, please subscribe to OracleDispatch.com below