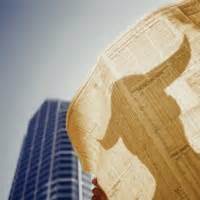 Nymox Pharmaceutical Corporation (NASDAQ:NYMX) has had a strong year thus-far. They started the trading year at $2.67, peaking at $5.10 on April 26th and recently closing at $4.19 on July 3rd. The most encouraging thing for investors is that the trend line shows a steady increase associated with natural organic growth, and even though there have been bouts of high volatility (April saw big swings with a range of $2), the ship has steadied and the technicals are looking sound for the pharmaceutical company. The price is now sitting above the 50MA line which has acted as strong resistance numerous times before, so this is a good potential support for the price action moving forward.

Nymox Pharmaceutical Corporation specializes in the research and development of therapeutics and diagnostics, with a particular emphasis on products targeted for the unmet needs of the aging population. The latest drug to be produced, NX-1207, is in Phase 3 development and is for benign prostatic hyperplasia (BPH). BPH is one of the most commonly diagnosed diseases in the male U.S. population and the condition is known to have severe consequences on the quality and health of older men, it can lead to acute urinary retention, incontinence, and other serious consequences. It is estimated that 50% of men in their 50s have pathological signs of prostatic hyperplasia and from 26 to 46% of men between the ages of 40 to 79 years suffer from moderate to severe urinary problems and symptoms associated with BPH. Currently there are very few drugs available on the market that provide a well rounded treatment for this disease without the side effects that occur from the drugs currently available, the alternative of surgery can lead to further medical complications.

Nymox Pharmaceutical Corporation (NASDAQ:NYMX) and its BPH drug, NX-1207, has received positive feedback from patients, as they have reported very little pain or discomfort from the procedure. Follow up studies have also shown a long lasting benefit of up to 5 years plus from just one dose of NX-1207 without need for other other treatments during this period.

Find out when $NYMX stock reaches critical levels. Subscribe to OracleDispatch.com Right Now by entering your Email in the box below.

“Fexapotide has the real potential to alter the way BPH will be treated in the future. This first filing represents a major corporate milestone for the development of Fexapotide”

Nymox has been developing Fexapotide for 15 years. Clinical trials have shown long-term symptomatic improvement, long-term reduction in the need for BPH surgery, long-term reduced prostate cancer risk, and an excellent long-term safety profile with no sexual side effects in comparison to available drug treatments.

The company also has rights to several hundred patents and patent applications through the world spanning a wide array of scientific and medical fields, technologies, and applications.

Nymox has research interests in protein markers, subcellular pathology, cell death, cell proliferation, clinical models, genetic expression, morphology, and drug screening design, assays, and development.  It prides itself on having strong ties to the evolution of scientific discovery and has worked with top level researchers from around the world.

Nymox has two products that are geared towards smokers. NicAlert is a simple, cost effective test to allow smokers to determine their smoking status for a whole range of reasons including insurance applications and also for parents/coaches to determine if their children have been smoking. The second product is TobacAlert which is a home test to determine a person’s level of exposure to tobacco including second hand smoke. These products are particularly relevant nowadays as the health risks of smoking are more prevalent than ever.

Nymox Pharmaceutical Corporation (NASDAQ:NYMX) looks well positioned to continue its stellar start to 2017, the financials are improving year on year and Nx-1207 and Fexapotide Triflutate could have a huge impact on the market. For continuing coverage on shares of $NYMX stock, as well as our other breakout stock picks, sign up for our free newsletter today and get our next hot stock pick!