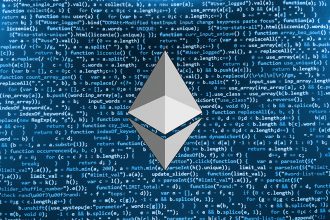 MGT Capital Investments Inc. (OTCMKTS:MGTI) continues to apparently play out the steps of a bullish inflection on the charts so far as Q2 bleeds over into Q3. The stock has been resurgent during the recent ascension into full “craze” mode for anything and everything that has to do with either bitcoin or cybersecurity – both now being hot topics in the eyes of just about everyone trading OTC stocks.

The latest out of the company is its recent press release announcing an agreement with Bit5ive LLC to purchase up to 60 graphics processor-based mining computers. These machines will utilize the highest quality GPU cards and Intel CPU’s with a design to divide the hash rate between Ethereum (ETH) and Ethereum Classic (ETC). This is the company’s first move into the ebullient Ethereum mining market.

MGTI is currently in the process of acquiring D-Vasive, a provider of leading edge anti-spy software, and Demonsaw, a provider of a secure and anonymous file sharing software platform.

According to company materials: “MGT Capital Investments, Inc. (MGTI) is in the process of acquiring and developing a diverse portfolio of cyber security technologies. With industry pioneer John McAfee at its helm, MGT is positioned to address various cyber threats through advanced protection technologies for mobile and personal tech devices, as well as corporate networks. The Company’s first product, Sentinel, an enterprise class network intrusion detector, is scheduled to be released by the end of June 2017. The Company also has entered into a joint venture with Nordic IT to develop and market a mobile phone with extensive privacy and anti-hacking features. The Privacy Phone has a tentative release date of February 2018. Also as part of its corporate efforts in secure technologies, MGT is growing its capacity in mining Bitcoin. Currently at 5.0 PH/s, the Company’s facility in WA state produces about 80 Bitcoins per month, ranking it as one of the largest U.S. based Bitcoin miners. Further, MGT is in active discussions with financial partners to grow Bitcoin output materially. Lastly, MGT stockholders have voted to change the corporate name of MGT to “John McAfee Global Technologies, Inc.” Following a dispute over ownership and permitted usage of the name McAfee, The Company and Intel have agreed to a mediation process to avoid unnecessary legal costs.”

As noted above, the company has been diversifying its operational game plan among two of the hottest, most buzzworthy themes in the OTC trading vocabulary right now: bitcoin and cybersecurity. We have seen the stock react positively, with shares of the stock up over 150% since late May.

The company’s latest announcement is its intended move into the Ethereum mining game.

John McAfee, MGT’s Executive Chairman, stated, “We are more convinced each day of the growth and value of digital currencies, and our Company is uniquely positioned to be a leading provider of processing power to relevant blockchains. The addition of Ethereum and Ethereum Classic to our crypto mining strategies is expected to be very profitable for us.”

We’ve witnessed 69% tacked on to share pricing for the listing in the past month, a rally that has pushed up against longer standing distributive pressure in the stock. Market participants may want to pay attention to this stock. MGTI has evidenced sudden upward volatility on many prior occasions.

What’s more, the company has seen an influx in interest of late, with the stock’s recent average trading volume running 61% over the long run average. This should not be overlooked given the stock’s limited trading float of fewer than 24M shares. One is wise to respect the dynamic this may create — with such a tight trading float, this kind of ramping interest can force a supply-shock squeeze.

Now commanding a market cap of $50.9M, MGTI has a stash ($353K) of cash on the books, which is balanced by about $411K in total current liabilities. One should also note that debt has been growing over recent quarters. MGTI is pulling in trailing 12-month revenues of $625K. In addition, the company is seeing recent top line growth, with sequential quarterly revenues growing at 20%. This is an exciting story, and we look forward to a follow-up chapter as events transpire. For continuing coverage on shares of $MGTI stock, as well as our other breakout stock picks, sign up for our free newsletter today and get our next hot stock pick!