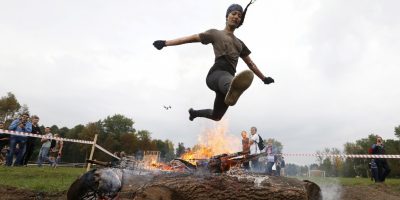 Innovation Pharmaceuticals Inc (OTCMKTS:IPIX) is a micro-cap stock that has started to engage some focus among traders and investors as prices get a little traction in bounce mode. One of the key catalysts currently driving the action is the company’s recent announcement that patient treatment has been completed in its Phase 2 open-label, Proof-of-Concept (PoC) clinical trial evaluating Brilacidin for mild-to-moderate Ulcerative Proctitis/Ulcerative Proctosigmoiditis (UP/UPS), two types of Inflammatory Bowel Disease (IBD). Brilacidin is being developed as a novel, non-corticosteroid, non-biologic treatment. Results are expected to start to hit the wires next week.

As far as the stock’s behavior, recent action has seen 26% during the past month in terms of shareholder gains in the stock, a rally that has pushed up against longer standing distributive pressure in the stock. However, IPIX has a track record that includes a number of dramatic bounces. What’s more, the stock has seen an influx in interest of late, with the stock’s recent average trading volume running 31% beyond what we have been seeing over the larger time frame.

Innovation Pharmaceuticals Inc (OTCMKTS:IPIX) bills itself as an early-stage developmental biopharmaceutical company with six pharmaceutical compound candidates that are designed for treatment of diseases which may be either existing or diseases identified in the future.

The Company will initially spend most of its efforts and resources on its anti-cancer compound, Kevetrin, for the treatment of head and neck cancers.

According to company materials, “The Company is a clinical stage biopharmaceutical company developing innovative therapies in multiple diseases. The Company believes it has a world-class portfolio of first-in-class lead drug candidates and is now advancing them toward market approval, while actively seeking strategic partnerships. The Company’s Psoriasis drug candidate Prurisol completed a Phase 2 trial and the Company more recently launched a Phase 2b study. Prurisol is a small molecule that acts through immune modulation and PRINS reduction. The Company’s anti-cancer drug Kevetrin successfully concluded a Phase 1 clinical trial at Harvard Cancer Centers’ Dana Farber Cancer Institute and Beth Israel Deaconess Medical Center, and the Company has commenced a Phase 2 study in Ovarian Cancer. In the laboratory, Kevetrin has been shown to induce activation of p53, often referred to as the “Guardian Angel Gene” due to its crucial role in controlling cell mutations. Brilacidin, a defensin mimetic compound, has shown in an animal model to reduce the occurrence of severe ulcerative Oral Mucositis (OM) by more than 94% compared to placebo.

“The Company is in a Phase 2 clinical trial with its novel compound Brilacidin-OM for the prevention of OM in patients with head and neck cancer; interim results have shown a marked reduction in the incidence of severe OM (WHO Grade ≥ 3). The Company’s lead antibiotic, Brilacidin, has completed a Phase 2b trial for Acute Bacterial Skin and Skin Structure Infection, or ABSSSI. Top-line data have shown a single dose of Brilacidin to deliver comparable clinical outcomes to the FDA-approved seven-day dosing regimen of daptomycin. Brilacidin has the potential to be a single-dose therapy for certain multi-drug resistant bacteria (“superbugs”). In an ongoing Phase 2 open label Proof-of-Concept trial, favorable interim results have been observed in the first two cohorts of patients treated with Brilacidin for Ulcerative Proctitis/Ulcerative Proctosigmoiditis (UP/UPS), two types of Inflammatory Bowel Disease (IBD). The Company has formed research collaborations with world-renowned research institutions in the United States and Europe, including MD Anderson Cancer Center, Beth Israel Deaconess Medical Center, and the University of Bologna.”

Find out when $IPIX stock reaches critical levels. Subscribe to OracleDispatch.com Right Now by entering your Email in the box below.

As noted above, IPIX has been on a strong run, with recent headlines playing into and supporting that strength. The company’s most recent release is a big part of that action, with the company announcing that patient treatment has been completed in its Phase 2 Brilacidin trial (for mild-to-moderate Ulcerative Proctitis/Ulcerative Proctosigmoiditis). As we previously noted, Brilacidin is being developed as a novel, non-corticosteroid, non-biologic treatment.

“For those of us who have been involved in this trial from the start, it’s exciting to see Brilacidin perform as well as we thought it would. The endoscopic evidence we have now gathered on patients is particularly telling,” commented Arthur P. Bertolino, MD, PHD, MBA, President and Chief Medical Officer at Innovation Pharmaceuticals. “Brilacidin’s unique multi-pronged ability to reduce inflammation, fight infection and heal GI tract mucosa has been impressive, based both on subjective and objective scoring measures. It’s no surprise to us why we’ve generated significant excitement regarding Brilacidin among patients, health care professionals and potential industry partners interested in this truly novel IBD drug candidate. We look forward to sharing the Brilacidin UP/UPS data in early July.”

According to the release, Brilacidin has consistently shown strong signs of efficacy while exhibiting a good safety profile even as dosing increased, supporting its potential as a novel, non-corticosteroid, non-biologic anti-inflammatory drug candidate in treating IBD. Innovation Pharmaceuticals’ formulation development plans for Brilacidin include foam and/or gel for the treatment of UP/UPS, and pills for oral dosing for the treatment of Ulcerative Colitis and Crohn’s Disease.

At this time, carrying a capital value in the market of $139.2M, IPIX has a significant war chest ($5.6M) of cash on the books, which is balanced by about $2M in total current liabilities. The company is pre-revenue at this point. We will update the story again soon as developments transpire. For continuing coverage on shares of $IPIX stock, as well as our other hot stock picks, sign up for our free newsletter today and get our next hot stock pick!