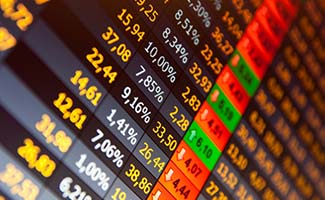 Players Network (OTCMKTS:PNTV) has been one of the biggest story stocks on the OTC so far in 2017, with shares of Players Network taking flight from under $0.002/share in January, and moving higher in a steadily accelerating rally that has pushed the stock nearly 10,000% higher on the year. The company’s most recent catalyst is its announcement of the availability of its Green Leaf Farms rosin products at the Pisos Dispensary, and its celebratory initiatives as the State of Nevada commences legal recreational marijuana use.

According to the release, “the State of Nevada — especially the City of Las Vegas — is emerging as the next “Amsterdam,” and is expected to become the largest recreational marijuana market in the world. To ring in this historical occasion, Weed TV will cover, as part of its upcoming “High Stakes” television series, a special event from Pisos Dispensary. For maximum exposure, Weed TV will cover the event via live video broadcast and social media updates and livestreams.”

Players Network (OTCMKTS:PNTV) trumpets itself as a diversified holding company operating in marijuana and media.

According to company materials, “Player’s Network is a diversified company operating in media and cannabis markets. PNTV owns approximately 85% of Green Leaf Farms Holdings, LLC (Green Leaf Farms), which holds cultivation and production license(s) awarded by the state of Nevada. The cultivation license enables Green Leaf Farms to grow marijuana and the production license enables them to create extracts which are used for cartridges, oils and edibles. WeedTV.com is developing the ultimate resource for the marijuana lifestyle within our media operations.”

What is strikingly clear here is that this story is about the media element of the company. The strategy has moved toward a bid to become one of the principal hubs for the marijuana culture on WeedTV. The current move to focus on Las Vegas as an emerging global capital to rival Amsterdam is interesting in its own right.

“This day has been a long time coming. It marks both the end of prohibition and the true beginning of mass distribution for Green Leaf Farms products. Our products are now available at the Pisos Dispensary in Las Vegas, as well as in top notch dispensaries in Henderson. We are aggressively moving on the opportunities provided by this growing market, and plan to offer our products in many more locations soon,” says PNTV CEO Mark Bradley. “I plan to be first in line Saturday morning to buy a Green Leaf Products and hopefully represent the first recreational transaction in the State of Nevada.”

We’ve witnessed 56% added to share values of the name over the past month of action. The situation may be worth watching. PNTV has a history of dramatic rallies. What’s more, the listing has witnessed a pop in interest, as transaction volume levels have recently pushed nearly 180% above its longer run average levels.

Now commanding a market cap of $87.9M, Players Network has virtually no reported cash on the books, which must be weighed relative to about $257K in total current liabilities. PNTV is pulling in trailing 12-month revenues of $135K. However, the company is seeing declines on the top line on a quarterly y/y basis, with revenues falling at -9.9%. As more color becomes clear on the name, we will review the situation and update our take. For continuing coverage on shares of $PNTV stock, as well as our other hot stock picks, sign up for our free newsletter today and get our next hot stock pick!