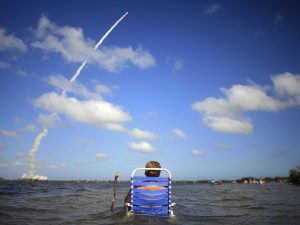 Dewmar International BMC Inc (OTCMKTS:DEWM) is a penny play that’s clearly begun to spur some interest among players in the marketplace as shares bounce up off recent lows. The principal catalyst this week is the company’s recent announcement that it exceeded its sales goals over a 3-day period at The 2017 Essence Music Festival from June 30th – July 2nd. According to the release, the Company sold thousands of dollars of Kush Cakes and Lean Slow Motion Potion to festival attendees from all across the country.

As previously announced by the company, Dewmar International was invited by Walmart to be one of 16 diverse suppliers to participate in The Shops at ESSENCE during The 2017 Essence Music Festival. “We are excited to report that thousands of consumers tasted our Kush Cake brownies and Slow Motion Potion beverage samples, which drove significant point-of-purchase sales,” commented Dr. Marco Moran, CEO of Dewmar International. “Our promotional models and corporate staff handed out branded swag items in the form of logo cups and Lean/Kush Cake ‘Do Not Disturb’ door hangers with discount coupon codes for future online sales,” Moran continued.

As noted above, the company just announced that it exceeded its sales goals over a 3-day period at The 2017 Essence Music Festival to close out the month of June and kick off July. The stock has been on fire of late, launching as much as 200% higher in just the past couple weeks. We are currently seeing a bit of pullback, but this news may foment further enthusiasm.

According to the release, the Essence Music Festival was the kick-off event for Dewmar’s six-month marketing and advertising campaign to heighten awareness of its products and brands, especially within Walmart. Additionally, Willie Robertson the CEO of Duck Commander and star of A&E’s “Duck Dynasty” was present at both Dewmar booths for photos and signatures as part of support of Dewmar’s recent acquisition of Willie’s Duck Diner.

“We had such great success at the Walmart Supplier Diversity display that Walmart CEO stopped by and visited our booth on Friday afternoon,” said Dr. Moran. “Furthermore, Walmart staff encouraged us to set up a meeting later this month with our new beverage buyer and regional replenishment manager at their corporate headquarters to discuss further expansion into more Walmart stores across Texas to maximize our central distribution supply chain management source,” stated Dr. Moran.

We’ve witnessed 170% piled on for shareholders of the listing during the trailing month. The situation may be worth watching. DEWM is a stock who’s past is littered with sudden rips. What’s more, the stock has benefitted from a jump in recent trading volume to the tune of just under 360% beyond what we have been seeing over the larger time frame.

Currently trading at a market capitalization of $30.7M, DEWM has virtually no cash on the books, which must be weighed relative to about $327K in total current liabilities. DEWM is pulling in trailing 12-month revenues of $480K. In addition, the company is seeing major top line growth, with y/y quarterly revenues growing at 11.6%. You can bet we will update this one again as new information comes into view. For continuing coverage on shares of $DEWM stock, as well as our other hot stock picks, sign up for our free newsletter today and get our next hot stock pick!