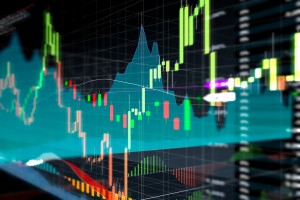 LITHIUM X ENERGY C COM NPV (OTCMKTS:LIXXF) is a penny stock in the lithium space that has grabbed hold of the attention of traders during the stock’s recent breakout move. The main catalyst for the action of late has been the company’s announcement that it has entered into a definitive agreement with Aberdeen International Inc. for the purchase of Aberdeen’s remaining 50% interest in Potasio y Litio de Argentina S.A. which controls 100% of  the Sal de los Angeles Project.

According to the release, the Company originally acquired from Aberdeen a 50% interest in the Sal de los Angeles Project, together with an option to acquire an additional 30% interest (for a total interest of 80%) upon completion of a feasibility study and issuance to Aberdeen of $5 million in common shares of LIXXF.

As most OTC traders know, the lithium space was burning red hot at the start of 2017, and through much of 2016. But many stocks in the space started to suffer this Spring. LIXXF has been one of the sturdier names in the space, holding up well during the corrective phase. That’s why it’s interesting to see it move above recent range resistance over short timeframe charts in the last few days. A move above the $1.75 level would be extra important in definitively marking a breakout. The Aberdeen transaction could be a key ingredient in that type of move.

Brian Paes-Braga , CEO and a Director of Lithium X, commented, “This transaction marks another milestone for Lithium X, as the Company will now control 100% of PLASA, the Argentine subsidiary that fully controls the Sal de Los Angeles Project. This transaction provides Lithium X with the ultimate flexibility in developing the project and more easily delivers shareholder value over the long term.”

The chart shows 9% tacked on to share pricing for the listing in the past month. Market participants may want to pay attention to this stock. LIXXF has evidenced sudden upward volatility on many prior occasions. In addition, the listing has benefitted from a jump in recent trading volume to the tune of 12% over the long run average.

Currently trading at a market capitalization of $115.5M, LIXXF has a significant war chest ($19M) of cash on the books, which must be weighed relative to virtually no total current liabilities. The company is pre-revenue at this point. This may be a very interesting story and we will look forward to updating it again soon. For continuing coverage on shares of $LIXXF stock, as well as our other breakout stock picks, sign up for our free newsletter today and get our next hot stock pick!