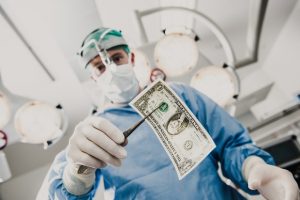 Kitov Pharmaceuticals Holdings Ltd (ADR) (NASDAQ:KTOV) shares exploded higher late last week with no obvious catalyst in play for the stock. The move was dramatic enough to warrant a closer look. The stock’s most recent catalyst was its announcement that it has begun the process of digitizing its New Drug Application (NDA) for KIT-302, its lead drug candidate, through Parexel International Corporation, a clinical research organization, which has been engaged by Kitov for the preparation of the NDA into the standard, accepted electronic format of the U.S. Food and Drug Administration (FDA).

According to that release, KIT-302 is Kitov’s patented combination of celecoxib and amlodipine, is intended to treat osteoarthritis pain and hypertension simultaneously. That announcement came a couple weeks ago. We can only assume that the smart money has caught wind of something related to this process for the company and is exhibiting that asymmetric knowledge via a strong bid on the charts.

Kitov Pharmaceuticals Holdings Ltd (ADR) (NASDAQ:KTOV) trumpets itself as a company that operates as a development stage biopharmaceutical company in Israel. It develops combination drugs for the simultaneous treatment of pain caused by osteoarthritis and hypertension.

The company’s lead drug candidate is KIT-302, a fixed dosage combination product based on the generic drugs celecoxib and amlodipine besylate that has completed its Phase III clinical study. It is also developing NT219, a small molecule that targets two pathways involved in cancer drug resistance. Kitov Pharmaceuticals Holdings Ltd. was founded in 2010 and is headquartered in Tel Aviv, Israel.

Find out when $KTOV stock reaches critical levels. Subscribe to OracleDispatch.com Right Now by entering your Email in the box below.

As noted above, shares of the stock exploded higher on Thursday provoking questions with few answers. We know that the company’s ambitions regarding its KIT-302 pipeline asset will likely drive most of the action in this stock.

We also know that the company recently filed to start the process of trials with the US FDA through digitizing its NDA. However, the other item out there has to do with an investigation in Israel about the company’s trials of the same drug in that country.

When we see sudden big moves in stocks that have active investigations, one must consider the potential that something about this investigation was filed in a foreign court and is difficult to track down, but may be accessible through normal channels, with those in the know driving the trade. This may be totally off base, but it’s worth considering.

At this time, carrying a capital value in the market of $53.2M, KTOV has about $6.7M in cash on the books according to year-end 2016 filings, which must be weighed relative to about $1.2M in total current liabilities. The company is pre-revenue at this point. This is an exciting story, and we look forward to a follow-up chapter as events transpire. For continuing coverage on shares of $KTOV stock, as well as our other breakout stock picks, sign up for our free newsletter today and get our next hot stock pick!