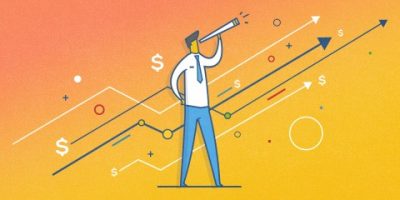 US Highland, Inc. (OTCMKTS:UHLN) is a penny stock that’s clearly begun to spur some interest among players in the marketplace as shares bounce up off recent lows. The stock has been one of the more exciting vehicles for microcap and sub-penny traders over the past month, posting massive gains and moving in large leaps. The action is related to a couple of key announcements out of the company that look to us like what amounts to a reverse merger, but the company is portraying the move as part of a larger strategy in an M&A model whereby some semblance of a “US Highland, Inc.” will remain in operation even after this current deal in the works is in the rear-view mirror.

The current deal is the acquisition of Charlie Grainger’s, a multi-state restaurant business with locations primarily in the Southeastern US that features hot dogs, sandwiches, brisket and the like. The company has stated that expansion to other regions is on the plate, which feeds into the interest in this story. However, one must note that a plan for expansion mixed with a shift to public market financing is a recipe for debt and dilution in many instances. The company is likely being bought for mostly sub-penny stock shares (UHLN reports zero cash on hand in most recent update), and it seems unlikely to us that the new company is coming in sitting on a giant pile of cash in the coffers.

US Highland, Inc. (OTCMKTS:UHLN), as noted above, looks set to become the publicly traded arm of Charlie Grainger’s. It is still unclear as whether or not this should be viewed as a simple reverse merger or if UHLN will continue forward as a business entity in its own right, perhaps acquiring other subsidiary brands and businesses. At this point, it looks more like a stealth reverse merger given the accompanying wholesale changes in upper management.

According to company materials, “The Charlie Graingers’ story began in 1939 by Mr. and Mrs. Charlie and Anne Grainger. Charlie Grainger was an accomplished musician traveling all over the country by train in his private railcar. He played the finest and most sought out venues across America playing his Big Band sounds to packed orchestra houses nationwide. He met his wife Anne and set his sights on starting a new life in North Carolina. Settling on Queen Street in downtown Wilmington, NC he opened the “Peacock Alley” restaurant that became the first drive-in in town. After 40 years in business, the Grainger’s retired in the 1980’s leaving a long legacy of good food, great memories, and lifelong friendships. Many generations, young and old, fondly remember the smell and taste of the original Peacock Alley and it’s lasting memories made over the decades.”

Find out when $UHLN stock reaches critical levels. Subscribe to OracleDispatch.com Right Now by entering your Email in the box below.

That said, as we noted, UHLN shares have been in full launch mode since this pair of announcements. The first one hit on June 23, and noted that UHLN “will be going into a very exciting New Direction, with All New Management, we not only plan on changing the company’s name, but want to change the stock symbol to be more in line with our New Business model.” This is part of why we feel this is likely a simple reverse merger. In that case, the name will be changed to “Charlie Graingers” and the ticker will end up something like “CHGR” or similar.

In all, recent action has seen 500% during the past month in terms of shareholder gains in the stock. Market participants may want to pay attention to this stock. UHLN has a history of dramatic rallies. Moreover, the company has seen an influx in interest of late, with the stock’s recent average trading volume running 260% above the average volume levels in play in this stock over the longer term.

At this time, carrying a capital value in the market of $0.65M, UHLN has virtually no cash on the books, which compares with about $530K in total current liabilities. The company is pre-revenue at this point. As more color becomes clear on the name, we will review the situation and update our take. For continuing coverage on shares of $UHLN stock, as well as our other breakout stock picks, sign up for our free newsletter today and get our next hot stock pick!