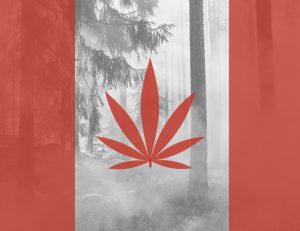 SUPREME PHARMACEUT COM NPV (OTCMKTS:SPRWF) shares have recently busted up a perfectly good support level in favor of slightly lower prices. What does it all mean? We aim to take a look and develop some theories and perhaps even a conclusion of sorts. First off, one of the most important catalysts for the name of late was the company’s announcement in June, that it has received final approval from the TSX Venture Exchange to list the Company’s common shares on the TSX.V.

According to company materials, “Supreme is a Canadian publicly traded company committed to becoming a leading cultivator and distributor of sun grown cannabis through its wholly-owned subsidiary 7ACRES. 7ACRES is a federally licensed producer of medical cannabis pursuant to the Access to Cannabis for Medical Purposes Regulations operating inside a 342,000 sq. ft. Hybrid Greenhouse facility. The Hybrid Greenhouse combines the best technology of indoor production with the efficiencies and sustainability of a greenhouse, in a single large-format production footprint.”

As noted above, SPRWF shares have been weak of late, breaking key support just as the stock finds exposure on the Toronto Stock Exchange. The real important breach of support was the cut under the $0.95 level to close last week. The 200-day simple moving average was already beaten in June. That said, technicians will note that the stock has an additional layer of key support around the pivot lows from last October, where the stock found a major bid in the $0.75 to $0.80 zone. That level is in play right now, and may mark an important zone of attention.

John Fowler, President and CEO, stated: “The graduation from the CSE to the TSX.V is a milestone in our development as a company. Since we began our journey in 2013 we have strived to become one of Canada’s leading cultivators of high quality cannabis grown on a commercial scale. In 2015, we focused our business model on our strength in cultivation by becoming Canada’s first B2B focused Licensed Producer. Since then we have continued to invest in strengthening our core competency by focusing on continual improvement of our team, facility and cultivation practices. Our ticker symbol ‘FIRE’ embodies our passion for the cannabis plant and our commitment to quality. Our graduation to the TSX.V represents the next chapter of our growth.”

According to the release, in connection with the listing of its common shares on the TSX.V, Supreme has delivered a customary undertaking to the TSX.V providing that Supreme and its subsidiaries will only conduct the business of the production, sale and distribution of medicinal marijuana in Canada pursuant to one or more licenses issued by Health Canada in accordance with applicable law, unless prior approval is obtained from the TSX.V.

Recent action has seen roughly -20% stripped from shares in the company over just the past week. However, SPRWF has a history of dramatic rallies. Moreover, the name has seen an influx in interest of late, with the stock’s recent average trading volume running 54% above the average volume levels in play in this stock over the longer term.

Now commanding a market cap of $156.9M, SPRWF has a decent store ($2.07M) of cash on the books, along with total assets a bit less than $380M, which stands against an appreciable load ($3.03M) of total accumulated debt. The company is pre-revenue at this point. We will update the story again soon as further details emerge. For continuing coverage on shares of $SPRWF stock, as well as our other hot stock picks, sign up for our free newsletter today and get our next hot stock pick!