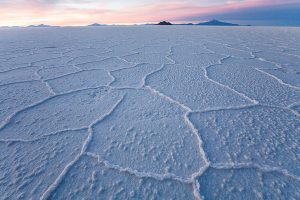 NEMASKA LITHIUM COM NPV (OTCMKTS:NMKEF) is a penny player in the lithium space that just exploded with trading volume this week on no obvious catalyst. The overall movement wasn’t that special, but the attention suddenly being paid to the name is indisputable. Hence, we thought it was a good time to take a look. The stock’s most recent catalyst was the company’s late June announcement that a second shipment of 3.5t of lithium hydroxide has been sent to Johnson Matthey. According to the release, both Johnson Matthey and NMKEF confirm that this shipment meets Johnson Matthey’s lithium hydroxide specifications.

“We are very pleased to have delivered a high quality lithium hydroxide product that meets the stringent specifications of Johnson Matthey, a large and globally recognized cathode manufacturer for lithium-ion batteries,” commented Guy Bourassa, President and CEO of NMKEF. “The Phase 1 Plant installation and commissioning has gone very well as evidenced by this delivery of product. We look forward to sending other customers lithium salts this summer for evaluation.”

NEMASKA LITHIUM COM NPV (OTCMKTS:NMKEF) promulgates itself as a company that intends to become a lithium hydroxide supplier and lithium carbonate supplier to the emerging lithium battery market that is largely driven by energy storage, electric vehicles, cell phones, tablets and other battery powered consumer products.

The company is developing in Quebec one of the most important spodumene lithium hard rock deposit in the world, both in volume and grade.

The spodumene concentrate produced at NMKEF’s Whabouchi mine will be shipped to the Corporation’s lithium compounds processing plant to be built in Shawinigan, Quebec. According to the company, this plant will transform spodumene concentrate into high purity lithium hydroxide and carbonate using the proprietary methods developed by the Corporation, and for which patent applications have been filed.

Find out when $NMKEF stock reaches critical levels. Subscribe to OracleDispatch.com Right Now by entering your Email in the box below.

NMKEF exploded about 275% higher over a three month period during the height of the boom. We have seen a steady consolidation since that move, but the stock has held up relatively well over the intervening period.

Most of the action at present is likely linked to the company’s Phase 1 Plant Operations, which it updated in the recent press release. In that communication, it was hinted that the plant may come online fully during the summer of 2017. And one wonders if the sudden explosion of volume has something to do with that narrative, which might be further clarified in an upcoming press release.

The release notes that “installation of the calcination system and the acid baking process is scheduled to be complete by the end of June 2017. These systems will be commissioned starting in July and NMKEF expects to be producing battery grade lithium hydroxide samples from concentrate thereafter. These samples will then be sent to numerous potential customers globally for evaluation and qualification.”

That lays some groundwork for the narrative that may be driving the action now, as we move into the meat of the third quarter.

The chart shows roughly flat action for the listing over the past week of action. However, as noted, NMKEF has evidenced sudden upward volatility on many prior occasions. Moreover, the listing has witnessed a pop in interest, as transaction volume levels have recently pushed nearly 420% beyond its prior sustained average level.

At this time, carrying a capital value in the market of $295.93M, NMKEF has a significant war chest ($32.9M) of cash on the books, which compares with about $1.7M in total current liabilities. The company is pre-revenue at this point. As more color becomes clear on the name, we will review the situation and update our take. For continuing coverage on shares of $NMKEF stock, as well as our other hot stock picks, sign up for our free newsletter today and get our next hot stock pick!

Disclosure: we hold no position in $NMKEF, either long or short, and we have not been compensated for this article.