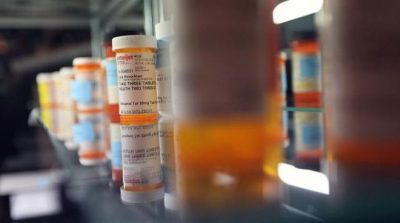 Alimera Sciences Inc (NASDAQ:ALIM) is a possibly cheap player in the pharma space that is gunning primarily for leadership in the fight against diabetic macular edema (DME), which is a disease of the retina that affects individuals with diabetes and could lead to severe vision loss and blindness. ALIM went bonkers on Wednesday on news that the company announced that patients are now being treated in Italy with ILUVIEN, its sustained release intravitreal implant that is indicated in Europe for the treatment of vision impairment associated with chronic diabetic macular edema (DME).

According to the release, ILUVIEN is designated a Class H product in Italy and, as such, is hospital-administered and fully reimbursed for those patients who have previously undergone cataract surgery. In reaction to the news, the stock ramped as much as 10% on an intraday basis in a move that flirted with new two month highs. This follows a long and slow basing pattern that has roots in 2016 action. That suggests the stock may be worth watching at present.

Alimera Sciences Inc (NASDAQ:ALIM) trumpets itself as a pharmaceutical company that engages in the research, development, and commercialization of prescription ophthalmic pharmaceuticals in the United States and internationally. It focuses on diseases affecting the back of the eye or retina.

The company offers ILUVIEN, an intravitreal implant for the treatment of diabetic macular edema (DME), which as noted above is a disease of the retina that affects individuals with diabetes and could lead to severe vision loss and blindness. Its ILUVIEN is inserted in the back of the patient’s eye in a non-surgical procedure, which allows for a self-sealing wound by delivering a continuous microdose of the non-proprietary corticosteroid fluocinolone acetonide in the eye.

Find out when $ALIM stock reaches critical levels. Subscribe to OracleDispatch.com Right Now by entering your Email in the box below.

The company has an agreement with pSivida US, Inc. for the development and sale of ILUVIEN, and a delivery device to deliver other corticosteroids to the back of the eye for the treatment and prevention of eye diseases in humans other than uveitis or to treat DME. Alimera Sciences, Inc. was founded in 2003 and is headquartered in Alpharetta, Georgia.

According to company materials, “ALIM, founded in June 2003, is a pharmaceutical company that specializes in the commercialization, research, and development of prescription ophthalmic pharmaceuticals. The company is presently focused on diseases affecting the back of the eye, or retina, because these diseases are not well treated with current therapies and will affect millions of people in our aging populations. Alimera’s commitment to retina specialists and their patients is manifest in ALIM’s product and development portfolio designed to treat early- and late-stage diseases.”

As noted above, the stock just broke out above its recent range consolidation in a high volume move on news that patients are now being treated in Italy with ILUVIEN, which is the company’s principal potential growth driver.

“Italy is an important market for ILUVIEN as it has Europe’s fourth largest diabetes population1 and a medical community that regularly uses corticosteroids to treat eye diseases,” said Dan Myers, ALIM’s chief executive officer. “We look forward to hearing from a growing number of Italian retinal specialists and their patients about the benefits of having a product that treats DME consistently every day due to its continuous microdosing, for up to three years.”

Traders will note 14% tacked on to share pricing for the stock in the past month. Market participants may want to pay attention to this stock. ALIM has a history of dramatic rallies. In addition, the name has witnessed a pop in interest, as transaction volume levels have recently pushed 14% above its longer-run average levels.

Earning a current market cap value of $102.15M, ALIM has a significant war chest ($26.8M) of cash on the books, which stands against about $157K in total current liabilities. ALIM is pulling in trailing 12-month revenues of $35.2M. In addition, the company is seeing major top line growth, with y/y quarterly revenues growing at 14.1%. We will update the story again soon as developments transpire. For continuing coverage on shares of $ALIM stock, as well as our other hot stock picks, sign up for our free newsletter today and get our next hot stock pick!

Disclosure: we hold no position in $ALIM, either long or short, and we have not been compensated for this article.