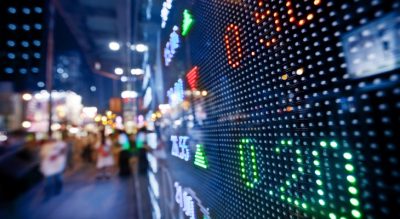 Pharmacyte Biotech Inc (OTCMKTS:PMCB) is a penny player that’s clearly begun to spur some interest among players in the marketplace as shares bounce up off recent lows. PMCB has been climbing in recent days after confirming key double-bottom support at the nickel level in late June, checking the initial level established with a pivot of the $0.05 level in early May. The principal catalyst for the stock is a combination of announcements.

Most importantly, the company announced the release of 3 videos from their presentation and discussion with oncologists who attended this year’s annual meeting of the American Society of Clinical Oncology (ASCO) in Chicago. According to the release, the videos consist of a presentation made to a group of oncologists who have expressed an interest in participating in PharmaCyte’s pivotal clinical trial in locally advanced, inoperable and non-metastatic pancreatic cancer (LAPC). They also include interviews with PharmaCyte’s Chief Operating Officer, Dr. Gerald W. Crabtree, and the Chairman of PharmaCyte’s Medical and Scientific Advisory Board, Dr. Matthias Löhr.

As noted above, the company recently released materials from their presentation and discussion with oncologists who attended this year’s annual meeting of the American Society of Clinical Oncology (ASCO) in Chicago.

The Chief Executive Officer of PharmaCyte, Kenneth L. Waggoner, commented, “We hope our shareholders and the investment community will find these videos informative and useful. They explain how our platform technology for pancreatic cancer works and how we intend to use that technology to treat LAPC. They also illustrate where we are in the life-cycle of our development of an effective cellular therapy for pancreatic cancer with no treatment-related side effects.”

We’ve witnessed 26% added to share values of the stock over the past week of action, but that move comes in the context of a larger bearish trend. This is emblematic of the stock. PMCB is a stock who’s past is littered with sudden rips. What’s more, the name has witnessed a pop in interest, as transaction volume levels have recently pushed 18% above its longer-run average levels.

Earning a current market cap value of $63.8M, PMCB has a reserve ($2.5M) of cash on the books, which is balanced by virtually no total current liabilities. The company is pre-revenue at this point. You can bet we will update this one again as new information comes into view. For continuing coverage on shares of $PMCB stock, as well as our other breakout stock picks, sign up for our free newsletter today and get our next hot stock pick!