Pay Attention to the Action in Euroseas Ltd. (NASDAQ:ESEA) 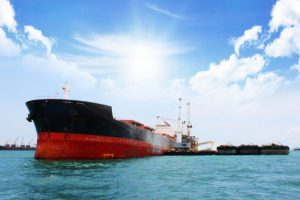 Euroseas Ltd. (NASDAQ:ESEA) is a low-priced player in the dry bulk shipping space that has started to show some interesting signals on the chart. Dry bulk shippers are among the most macro-economically sensitive market segments on the planet. So, it’s awfully important when we see some of the most speculative names in the space ramping higher without any immediate catalyst at hand.

Note, the most recent obvious catalyst hit a couple weeks ago in the form of the company’s announcement the official results of its 2017 Annual General Meeting, held on June 23, 2017 at 10:30 a.m. local time in New York, NY USA. The company made some key announcements there, and we will cover them below. But, for those not acquainted with this stock, we offer the following short overview before we move forward with the details.

According to company materials, “Euroseas Ltd. was formed on May 5, 2005 under the laws of the Republic of the Marshall Islands to consolidate the ship owning interests of the Pittas family of Athens, Greece, which has been in the shipping business over the past 140 years. Euroseas trades on the Nasdaq Capital Market under the ticker symbol ESEA.”

Find out when $ESEA stock reaches critical levels. Subscribe to OracleDispatch.com Right Now by entering your Email in the box below.

As noted above, ESEA shareholders were treated to a number of measures just weeks ago that appear to have shored up enthusiasm:

That was clearly an important catalyst. However, we would also argue that there are other harbingers of the type of environment that generally favors success for long side players in the global materials transportation space, such as a weak dollar, a steepening yield curve, and some strength among emerging markets.

In addition, we see four of the largest economic zones on the planet all spiriting towards infrastructural stimulus (the US, China, the EU, and India)

The chart shows 10% added to share values of the company over the past month of action, a bounce that has taken root amid largely bearish action over the larger time frame. However, ESEA has evidenced sudden upward volatility on many prior occasions. What’s more, the listing has registered increased average transaction volume recently, with the past month seeing 71% above its longer-run average levels.

At this time, carrying a capital value in the market of $15.2M, ESEA has a significant war chest ($11.8M) of cash on the books, which is balanced by about $11.2M in total current liabilities. One should also note that debt has been growing over recent quarters. ESEA is pulling in trailing 12-month revenues of $30.2M. In addition, the company is seeing major top line growth, with y/y quarterly revenues growing at 26.6%. This is an exciting story, and we look forward to a follow-up chapter as events transpire. For continuing coverage on shares of $ESEA stock, as well as our other breakout stock picks, sign up for our free newsletter today and get our next hot stock pick!

Disclosure: we hold no position in $ESEA, either long or short, and we have not been compensated for this article.