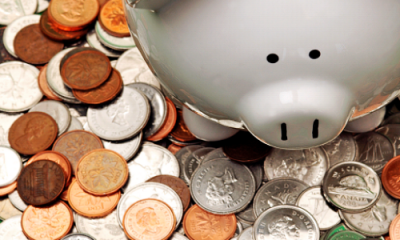 Terra Tech Corp (OTCMKTS:TRTC) is a penny stock that has started to garner attention as the stock catches some strong upside. TRTC is a stock that we held a bearish view, until our June 12th piece, where we noted a shift in the tone of the action for trading of TRTC shares. Subsequently, in our July 5th piece, we noted what underlay the shift in tone and how it figured into the bigger picture.

First off, the technical signals of a potential inflection began to become clear in early to mid-June, when the stock made a higher low after a thorough and outsized shakeout of support. We saw a bullish flag pattern appear after the stock had shaken out the weaker hands, and suggested it was time to get this one back on the radar as an investable opportunity. Then, in our principal follow-up, we pointed out TRTC’s critical move into the adult recreational pot market.

TRTC also operates as a retail seller of hydroponic produce, herbs, and floral products, which are distributed in the Midwest and the Northeast United States; and produces and sells a line of cannabis flowers and cigarettes, as well as a line of cannabis pure concentrates, including oils, waxes, shatters, and clears to dispensaries in California.

As noted above, we swung from bearish to bullish on TRTC back in the first half of June. As noted in that piece (June 12), TRTC was a stock “we turned bearish on several months ago, citing a major potential for a bearish break under the $0.22 level. That move has come and gone and it’s time to take stock of what we have at hand at this point with TRTC shares trading under $0.17… one shouldn’t count this stock out by any stretch.”

Now, we have seen a move of about 56% to the upside. In our update piece from July 5th, we pointed to TRTC’s increasingly important participation in the recreational pot space as a possible narrative helping to foment the resurgent spirits:

”…the company is finally getting involved on a primary level (not a secondary or tertiary level) in the recreational pot movement, because let’s face it: the big growth argument in the space is about the recreational shift.”

This is also spelled out nicely in the company’s press release right at the end of the quarter: “As one of the medical cannabis companies granted approval to expand into the adult-use market, Terra Tech can now serve the needs of both medical patients and adult use customers alike in the same facility. This represents a major expansion of the Company’s potential customer base which also includes the 40+ million tourists who visit the Las Vegas Area, and the almost five million tourists who visit Reno, annually”

Traders will note 49% added to share values of the company over the past month of action, but this action is running counter to the larger trend in the name. This is emblematic of the stock. TRTC has a track record that includes a number of dramatic bounces. In addition, the stock has benefitted from a jump in recent trading volume to the tune of 38% above its longer-run average levels.

Now commanding a market cap of $150.98M, TRTC has a significant war chest ($10.3M) of cash on the books, which is balanced by about $505K in total current liabilities. TRTC is pulling in trailing 12-month revenues of $30.6M. In addition, the company is seeing major top line growth, with y/y quarterly revenues growing at 340.8%. This may be a very interesting story and we will look forward to updating it again soon. For continuing coverage on shares of $TRTC stock, as well as our other break stock picks, sign up for our free newsletter today and get our next hot stock pick!