Airborne Wireless Network (OTCMKTS:ABWN) Flies Back Onto the Radar 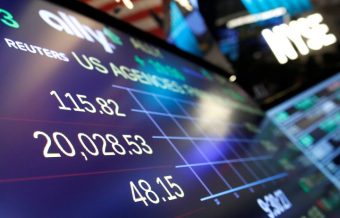 Airborne Wireless Network (OTCMKTS:ABWN) is back on the radar after holding key support at the $2/share level in May and June, on subsequent challenges by the bears. ABWN has held its ground through a healthy consolidation, well above its levels seen last year. These are all notably good signals in our experience. The company is coming off its latest catalyst, in which the stock announced that it has entered into a software development agreement with Netherlands software developer and advanced communications pioneer Thinking Different Technologies (TDT).

According to the release, ABWN anticipates that this relationship should significantly accelerate the development of the company’s command, control, communication and coordination software modules of its Infinitus Super Highway. “TDT, a Dutch engineering development company, will help advance ABWN’s comprehensive software development program, ranging from Radio Frequency meshed network control and associated ground connectivity to other contemplated transmission media, such as dedicated laser links in the future.“

Subscribe below and we’ll keep you on top of what’s happening before $ABWN stock makes its next move.

This network will enable participating aircraft to act as airborne repeaters or routers, sending and receiving broadband signals from one aircraft to the next creating a digital superhighway in the sky. The company is involved in developing Infinitus, an micro-cap providing connectivity for worldwide broadband carrier services using commercial aircraft. It intends to sell wholesale bandwidth to the telecom and Internet service providers.

The company was formerly known as Ample-Tee, Inc. and changed its name in May 2016. ABWN was founded in 2011 and is based in Simi Valley, California.

According to company materials, “ABWN intends to create a high-speed broadband airborne wireless network by linking commercial aircraft in flight. Each aircraft participating in the network will act as an airborne repeater or router sending and receiving broadband signals from one aircraft to the next creating a digital superhighway in the sky. The company intends is to be a high-speed broadband internet pipeline to improve coverage connectivity. ABWN does not intend to provide retail customer coverage to end users, but, instead, will act as a wholesale carrier with target customers, such as internet service providers and telephone companies.

Michael Warren, CEO of ABWN said, “Our collaboration with TDT should provide the highest quality of engineering of our software development. With this agreement, we can utilize TDT’s expertise to deliver an entire model portfolio with speed and execution.

Traditionally, radio and laser communications between airborne aircraft are challenging, to say the least. ABWN’S new hybrid approach and the expertise provided by TDT should help mitigate these challenges and have a significant impact on ABWN’s ability to launch its proposed global airborne wireless/laser meshed network.”

We’ve witnessed 14% during the past month in terms of shareholder gains in the name. Market participants may want to pay attention to this stock. ABWN has evidenced sudden upward volatility on many prior occasions. What’s more, the stock has registered increased average transaction volume recently, with the past month seeing 65% over what the stock has registered over the longer term.

Traders should note this as important with the stock trading on a float that is relatively small at just 30M shares. This type of thing is something to watch out for: ramping trading activity can overwhelm available supply in a stock with this type of small float, leading to an upward burst in prices.

At this time, carrying a capital value in the market of $172.26M, ABWN has a reserve ($690K) of cash on the books, which stands against virtually no total current liabilities. The company is pre-revenue at this point. This may be a very interesting story and we will look forward to updating it again soon. For continuing coverage on shares of $ABWN stock, as well as our other breakout stock picks, sign up for our free newsletter today and get our next hot stock pick!

Disclosure: we hold no position in $ABWN, either long or short, and we have not been compensated for this article.