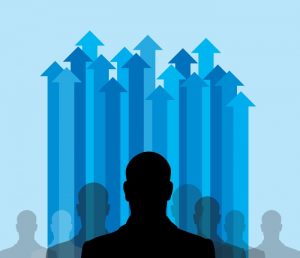 MK Automotive Inc (OTCMKTS:MKAU) is a penny play that has started to rejuvenate interest among OTC traders of late as MKAU finds some new strength and pushes higher. The company recently discussed its continuing efforts to bolster the company’s video streaming channel-development strategy and efforts towards expanding its executive ranks. That will obviously be key to the overall growth strategy for MKAU as a cord-cutter media play.

MKAU’s CEO, David Loflin, stated, “Our video streaming channel development is proceeding in a steady manner, and subscriber acquisition is positive due to our ongoing social media marketing strategy. As we are able to strengthen our channel offerings, we fully expect to increase our share of the OTT market.” Mr. Loflin concluded by stating that the efforts aimed at bringing executive-level talent into the company are encouraging and that he believes success in this regard is close at hand.

The last time we covered this stock, we noted that it had successfully renegotiated the conversion rate of an existing convertible note, to the effect that 4.7 billion shares are no longer available on full conversion. The company also announced that its efforts to restructure other existing convertible debt instruments are ongoing.

“Only the successful launch of our Clikia video streaming service had priority over our efforts to restructure our convertible debt structure,” said MKAU CEO and Clikia founder, David Loflin. “These debt restructuring efforts are fundamentally important to the future progress of our company — they are important to our business efforts, of course, but they are equally, if not more, important to establishing, in the market, the reality that our management seeks to serve the best interests of our shareholders and for economic fairness in all company transactions. I am extremely optimistic about our business and financial evolution,” Mr. Loflin added.

Recent action has seen 55% tacked on to share pricing for the stock in the past month. This is emblematic of the stock. MKAU has evidenced sudden upward volatility on many prior occasions. Furthermore, the listing has seen interest climb, with an increase in recent trading volume of 23% over the long run average.

At this time, carrying a capital value in the market of $1.74M, MKAU has virtually no reported cash on the books, which stands against about $357K in total current liabilities. One should also note that debt has been growing over recent quarters. MKAU is pulling in trailing 12-month revenues of $200. However, the company is seeing recent declines on the top line on a sequential quarterly basis, with revenues falling at 0% as of its latest reporting period. You can bet we will update this one again as new information comes into view. For continuing coverage on shares of $MKAU stock, as well as our other breakout stock picks, sign up for our free newsletter today and get our next hot stock pick!

Disclosure: we hold no position in $MKAU, either long or short, and we have not been compensated for this article.