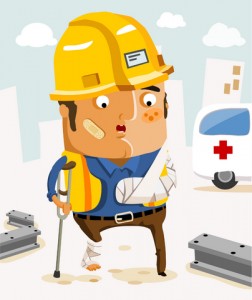 Patriot National Inc (NYSE:PN) has fallen on hard times. There can be no doubt. But PN just saw a bit of a pop on news that its Board of Directors has accepted the resignation of Founder, Chairman of the Board, President and Chief Executive Officer Steven M. Mariano and appointed John Rearer as Chief Executive Officer. The announcement has clearly spurred a bid for shares of the stock, as is often the case in such a situation.

When a company is struggling, a change at the top is often seen as a positive simply because it implies a change from something that obviously wasn’t working. Lead Director Jack Del Pizzo stated, “Steven Mariano has been the visionary behind Patriot National. We are grateful for his service and look forward to his continued guidance as we explore strategic alternatives.”

Patriot National Inc (NYSE:PN) trumpets itself as a company that, together with its subsidiaries, provides technology-enabled outsourcing solutions within the workers’ compensation marketplace for insurance carriers, local governments, reinsurance captives, and other employers in the United States.

It also provides back-end services, such as claims administration services that are related to the administration and resolution of workers compensation claims, which are designed to reduce costs for its clients; and various specialty services, such as healthcare cost containment, onsite investigations, loss control, transportation and translation, lien resolution, and legal bill review services.

Find out when $PN stock reaches critical levels. Subscribe to OracleDispatch.com Right Now by entering your Email in the box below.

As noted above, the company’s Board appointed John Rearer as Chief Executive Officer. According to the release, he is a seasoned insurance executive with over 25 years of industry experience. He joined Patriot Underwriters in 2005 as Vice President of Underwriting and most recently served as Chief Executive Officer of Patriot Underwriters, Inc. Prior to joining Patriot, Mr. Rearer served as Vice President of Preferred Employers Group, a managing general agency in Miami.

Mr. Rearer commented, “I am honored by the Board’s confidence in me and the opportunity to lead Patriot National as Chief Executive Officer.”

According to another publication, the increase in Patriot National’s stock price could be a signal that investors see Mariano’s resignation as a positive sign for the company, which has seen its stock price drop steadily over the past two years.

We have seen this type of dynamic time and time again. It looks like such disrespect for the outgoing CEO. But it should be seen as a simple artifact of a major change when things aren’t particularly working out.

Recent action has seen 13% during the past week in terms of shareholder gains in the company, but that move comes in the context of a larger bearish trend. The situation may be worth watching. PN has a history of dramatic rallies. In addition, the listing has seen an influx in interest of late, with the stock’s recent average trading volume running 14% over what the stock has registered over the longer term

Now commanding a market cap of $59.1M, PN has a significant war chest ($110.4M) of cash on the books, which stands against virtually no total current liabilities. PN is pulling in trailing 12-month revenues of $232.8M. However, the company is seeing declines on the top line on a quarterly y/y basis, with revenues falling at -15.3%. We will update the story again soon as further details emerge. For continuing coverage on shares of $PN stock, as well as our other breakout stock picks, sign up for our free newsletter today and get our next hot stock pick!

Disclosure: we hold no position in $PN, either long or short, and we have not been compensated for this article.