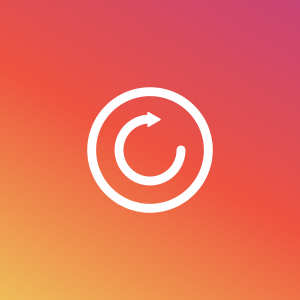 Dolat Ventures Inc (OTCMKTS:DOLV) has started to find some new attention. This is important to note for traders given that this stock was potentially the hottest ticker on the OTC earlier this year when it became known that it was set to be the object of a key reverse merger that would place it as the referent of an electric vehicle name from China. We covered this in detail, and possibly principally broke the story when we put the pieces together in this article.

Now, we have started to see some additional flows heading toward the stock and thought it was a good time to put together a technical update. First off, since making the pivot, we have seen this stock roar higher, posting as much as 5,000% in gains since late March. I dare you to find a more explosive move in the marketplace. The stock has held onto the vast majority of those gains, which suggests the action is not a simple trick of the light.

DOLV intends to file consolidated financial statements reflecting the acquisition during the next two weeks. We thank our shareholders for their interest in the Company and patience while we bring our filings current.”

As noted above, the stock exploded higher back in March in response to headlines that it was in the process of reverse mergering into the operational reality of an electric vehicle battery manufacturer.

The chart shows 42% tacked on to share pricing for the listing in the past week. The situation may be worth watching. DOLV has a history of dramatic rallies. Furthermore, the listing has seen interest climb, with an increase in recent trading volume of 3% beyond what we have been seeing over the larger time frame.

At this point, the chart suggests that key support has been tested and held at the $0.03 level, with its latest test taking place just last week. That is still well above the key 200-day simple moving average, which is often the marker of true trend cycle phase – ie, if a stock is trading above the 200-day SMA, it is in a bullish trend, and if it is not, then the opposite true. While this is often an oversimplification of the true state of affairs, it still holds more than a grain of truth.

Now commanding a market cap of $46.52M, Dolat Ventures Inc (OTCMKTS:DOLV) now has a store ($299K) of cash on the books, which is balanced by virtually no total current liabilities. DOLV is pulling in trailing 12-month revenues of $181K. However, the company is seeing recent declines on the top line on a sequential quarterly basis, with revenues falling at -100% as of its latest reporting period. As more color becomes clear on the name, we will review the situation and update our take. For continuing coverage on shares of $DOLV stock, as well as our other breakout stock picks, sign up for our free newsletter today and get our next hot stock pick!

Disclosure: we hold no position in $DOLV, either long or short, and we have not been compensated for this article.