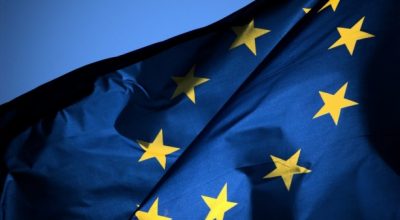 AVEO Pharmaceuticals, Inc. (NASDAQ:AVEO) appeared to be flatlining for much of 2017. But in late June, surprising news hit the wires – AVEO announced that European approval of the company’s lead product candidate, tivozanib, could take place sometime in early September. And for the past month, shares of AVEO have been on fire.

Shares of AVEO are currently trading at $2.50, giving the company a market capitalization of $259.31 million. Over the most recent 52-week period, shares of the company have traded as low as $0.50 and as high as $3.19. On a YTD basis, shares are up a staggering 362.59%. And over the most recent three months, shares are up 366.58%, so it’s clear that most of the activity has occurred relatively recently.

AVEO Pharmaceuticals, Inc. (NASDAQ:AVEO)  caught a break when the European Medicines Agency (EMA) announced the cancer-fighting drug tivozanib would be approved in September. On June 23, shares immediately skyrocketed 48% on the news. Of particular note was that the EMA gave very strict timing guidelines, suggesting that approval could come within 67 days of the announcement.

Find out when $AVEO stock reaches critical levels. Subscribe to OracleDispatch.com Right Now by entering your Email in the box below.

Obviously, that’s tremendous news for AVEO. It means that its lead product candidate could be available in the European Union sometime in 2018. And there are financial considerations as well, due to the partnership between AVEO and Eusa Pharma. Under the terms of that agreement, Eusa Pharma could pay as much as $16 million to AVEO. Of that total, $4 million is due as part of R&D reimbursement costs and another $12 million is due as part of milestone payments. Eusa Pharma will be responsible for marketing the drug within the EU.

That’s the good news. The bad news is that Massachusetts-based AVEO Pharmaceuticals is having a harder time getting U.S. approval for this same drug. Tivozanib is currently in a Phase 3 study in the United States, with results due in the first quarter of 2018. However, even if the results are as positive as AVEO suggests they might be, the drug probably won’t be able to enter the U.S. market until 2019.

This situation, of course, makes it harder for investors to value AVEO Pharmaceuticals. Essentially, the company’s lead drug candidate will have approval in Europe, but not in the U.S. Usually, the circumstances are the other way around. That introduces doubts about whether the 1Q 2018 Phase 3 results are going to be as positive as expected.

As a biopharmaceutical company, AVEO has several other product candidates in the pipeline: Ficlatuzumab, AV-203, AV-380 and AV-353. However, none of them are nearly as ready to go to market as tivozanib, which could become a rival to the approved Bayer drug sorafenib for the treatment of advanced renal cell carcinoma (RCC), a form of kidney cancer.

As of the company’s most recent quarterly filing, AVEO had $33 million in cash. Combined with the expected $16 million in payments from its European partner, that sets up AVEO well. It means the company will have enough cash to get the drug through the lengthy and complex U.S. approval process.

There’s one more factor that the company has in its favor, and that’s a relatively strong institutional shareholder base. Institutional investors currently account for 53% of the total ownership of the company. That should give investors who are on the wall about whether or not to get in AVEO some confidence.

The chance could be now to get in on AVEO Pharmaceuticals, Inc. (NASDAQ:AVEO). By waiting until after official European approval of tivozanib in September, investors would be giving up the potential for significant upside in AVEO. The big question for now is what is going to happen with the U.S. approval process. The company has already been turned down once by the FDA – back in 2013 – and so a lot hinges on the company’s ability to show very strong Phase 3 results in early 2018.  This is definitely a stock to watch in July and August, as investors jockey for position ahead of the big September announcement. For continuing coverage on shares of AVEO’s stock, as well as our other breakout stocks, sign up for our free newsletter today and get our next hot stock pick!

Disclosure: we hold no position in $AVEO, either long or short, and we have not been compensated for this article.