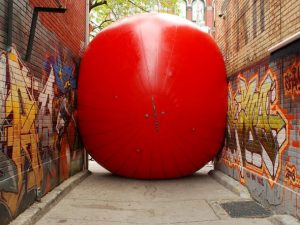 Breitburn Energy Partners LP (OTCMKTS:BBEPQ) is another stock in the energy patch that got into big trouble with debtors after the crash of crude oil prices in late 2014, and ended up under Chapter 11 protection with a Q in the ticker. However, recent days have created a new buzz around BBEPQ, and we want to take a moment and explore what’s going on here.

First off, shares of BBEPQ have been on fire in recent days following news that the equity committee sought on Monday a court order allowing it to investigate the value of the bankrupt energy producer, which it accused of trying to stiff its public unit holders. We will break down what that means and why it has ramped shares so aggressively below. But first, let’s take a broad gander at this company, for those not familiar with the name.

BBEPQ serves as the general partner of the company. The company was founded in 2006 and is headquartered in Los Angeles, California.

On May 15, 2016, BBEPQ, along with its affiliates, filed a voluntary petition for reorganization under Chapter 11 in the U.S. Bankruptcy Court for the Southern District of New York.

As noted above, news broke on Monday that the equity committee involved in the bankruptcy court process for BBEPQ was formally seeking a court order allowing it to investigate the value of the bankrupt energy producer.

It’s important to understand a few things to properly digest this news.

First off, in a bankruptcy process, when the company is likely going to re-emerge as a publicly traded company out of bankruptcy once again, the claims on ownership of the assets and liabilities of the company have to be sorted out. That introduces the central importance of the concept of “subordination”. Basically, think of it like a family with 5 kids staggered in ages by about 2-year intervals.

Now, place that family at a BBQ picnic where all the adults just walked away for a few minutes. There’s only a limited supply of the most coveted and kid-friendly food around, and the oldest and strongest will clearly get first dibs.

By the framework of this analogy, the equity holders (especially common stockholders) are equivalent to the youngest and smallest kids in the family at the BBQ. Hence, the debt holders and employees with owed compensation (the oldest and strongest) and the preferred and founder shareholders (the middle kids) all take what they want before the lowly shareholders get whatever scraps remain.

However, many times, in BK cases, the older kids try to skew documentation and framing of the situation so as to leave nothing for the common shareholders. Hence, in many cases, the bk court allows for the formation of an “equity committee”, which is charged with upholding the real rights of the common shareholders given this risk that the odds may be unfairly stacked against them.

At the same time, understand that there are hedge funds out there that consider it easy money to short stocks that appear to have a bankruptcy court outcome destined to end in a cancellation of the value of the common shares (ie, going to $0/share). BTUUQ was a good recent example.

But, when lots of large players are short lots of shares, and then an equity committee starts to fight back, there’s just about no better way to spark a short squeeze in any market at any time.

BBEPQ is a perfect storm built of a crowded trade fueled by overly-complacent assumptions suddenly confronted with an unexpected factor that represents a low-probability route to a worst case scenario. That’s what we are seeing right now in BBEPQ. This could get interesting. This is an exciting story, and we look forward to a follow-up chapter as events transpire. For continuing coverage on shares of $BBEPQ stock, as well as our other breakout picks, sign up for our free newsletter today and get our next hot stock pick!

Disclosure: we hold no position in $BBEPQ, either long or short, and we have not been compensated for this article.