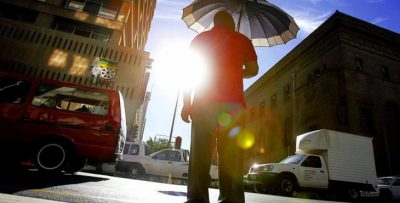 Diebold Nixdorf Incorporated (DBD) shares are trading at lower $6.74 and the avg recommendation for the stock is Moderate Buy, while the current analyst...
Read more
Sector News

SolarWinds Corporation (NYSE:SWI) on the Path to Ruin

SolarWinds Corporation (SWI) shares are trading at lower $21.15 and the avg recommendation for the stock is Moderate Buy, while the current analyst price...
Read more
Sector News

Levi Strauss & Co. (LEVI) shares are trading at lower $15.85 and the avg recommendation for the stock is Moderate Buy, while the current...
Read more
Sector News

Gentex Corporation (GNTX) shares are trading at lower $27.39 and the avg recommendation for the stock is Moderate Buy, while the current analyst price...
Read more

Sino Agro Food Inc (OTCMKTS:SIAF) is a suddenly hot stock that has started to garner some serious eyeballs of late as it bounces higher following a monumental decline over the past two years. SIAF just reported to the market a key agreement toward the financing and spinoff of its former subsidiary, Tri-way Industries, in which SIAF holds a 36.6% ownership interest. This is obviously critical for SIAF shareholders, given that the company’s interest lies in strong part with this former subsidiary.

Agricultural Bank of China and Jiangman Yili Fisheries Co. Ltd. China, a fully owned subsidiary of Tri-way Industries Ltd. have signed a Bank-Enterprise Comprehensive Strategic Cooperation Agreement this past week in Guangzhou. JFD is one of the select companies afforded this level of partnership with ABC in the Guangdong region. Shares of SIAF ripped higher on the announcement.

Sino Agro Food Inc (OTCMKTS:SIAF) bills itself as an agriculture technology and natural food holding company with principal operations in the People’s Republic of China.

Find out when $SIAF stock reaches critical levels. Subscribe to OracleDispatch.com Right Now by entering your Email in the box below.

SIAF acquires and maintains equity stakes in a cohesive portfolio of joint venture businesses that they form according to its core mission to produce, distribute, market and sell natural, sustainable protein food and produce, primarily seafood and beef, to the rapidly growing middle class in China.

SIAF provides financial oversight and strategic direction for each company, and for the interoperation between companies. The Company owns or licenses patents, proprietary methods, and other intellectual properties in fertilizer, livestock feed, indoor recirculating aquaculture systems, and other arenas of agricultural technology.

As noted above, shares of SIAF popped on news that its former subsidiary, past spin-off, and current investment holding reached a Bank-Enterprise Comprehensive Strategic Cooperation Agreement for financing of the enterprise’s operations. This could be huge for SIAF shareholders given the large investment position still held by the company.

As noted in the recent release, Mr. Solomon Lee, interim Chairman of TW as well as Chairman and CEO of Sino Agro Food, Inc., extended his sincere appreciation to the collective management of ABC for their high level of trust and confidence expressed in TW/JFD’s current operations, and its future impact, both locally and internationally.

Mr. Lee stated, “the ‘win-win’ partnership signed today with ABC, increases TW/JFD’s capacity to meet its development goals while enhancing its status as an economic driver throughout the region. Along with its recent 5A-1 rating by Dun and Bradstreet, the BECSCA arrangement provides further testament to JFD’s parent, TW, providing additional merit to the Company’s overall standing and expanded opportunities within the banking and business communities.”

SIAF CFO Dan Ritchey elaborated, “ABC is perhaps uniquely well-suited to help Tri-Way meet its aims, through not only financial commitment, but also direct strategic communication, and what it says to partners, customers, and other constituents about Tri-Way. As communicated previously, Tri-way is in discussions with financial institutions in other Asian countries.”

We’ve witnessed 17% added to share values of the listing over the past week of action, a bounce that has taken root amid largely bearish action over the larger time frame. However, SIAF has a history of dramatic rallies. Furthermore, the name has seen an influx in interest of late, with the stock’s recent average trading volume running just under 240% beyond what we have been seeing over the larger time frame.

It pays to take note of this fact, given the stock’s limited trading float of just a tad more than 21M shares. This type of thing is something to watch out for: ramping trading activity can overwhelm available supply in a stock with this type of small float, leading to an upward burst in prices.

Currently trading at a market capitalization of $54.71M, SIAF has a significant war chest ($20.7M) of cash on the books, which is balanced by about $4.1M in total current liabilities. SIAF is pulling in trailing 12-month revenues of $390.9M. However, the company is seeing declines on the top line on a quarterly y/y basis, with revenues falling at -28%. This is an exciting story, and we look forward to a follow-up chapter as events transpire. For continuing coverage on shares of $SIAF stock, as well as our other breakout picks, sign up for our free newsletter today and get our next hot stock pick!

Disclosure: we hold no position in $SIAF, either long or short, and we have not been compensated for this article.