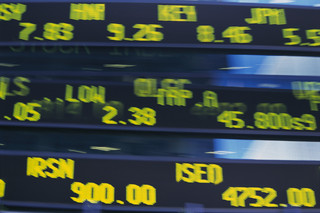 MK Automotive Inc (OTCMKTS:MKAU) is a penny play we recently highlighted as a resurgent story that was showing some technical promise. That narrative has continued to develop in recent days, with the stock powering higher to start the week. The principal catalyst is one we have been waiting for: the company finally announced that its corporate name has been changed to “Clikia Corp.” and that the company’s new trading symbol will be “CLKA”, effective on Wednesday, July 19, 2017. As noted in the release, the new trading symbol was assigned to reflect the company’s change in corporate name.

In all, we’ve witnessed 73% added to share values of the name over the past month of action. The situation may be worth watching. MKAU has evidenced sudden upward volatility on many prior occasions. Furthermore, the company has benefitted from a jump in recent trading volume to the tune of 82% beyond its prior sustained average level.

However, MKAU just announced that it has acquired a video content service provider, Clikia, thus entering the $37 billion video streaming revolution known as “Cutting the Cord.”

As noted above, the stock is finally going to be able to market itself far more effectively to new prospective investors. Think about this way: this is an entertainment distribution company with a good story to tell.

And yet it is trading under the name “MK Automotive”. Imagine if Apple Computer had the same products as you know the company to have today, but was actually called “Al’s Sandwich Shop and Convenience Store”. Don’t you think that might impact valuations a little?

Obviously, this isn’t exactly Apple. But it does have some interesting potential, and an intriguing strategy going forward.

According to company materials, “Clikia is a content delivery company within the rapidly expanding “over-the-top” marketplace, an extremely attractive and active marketplace positioned at the very center of the inevitable, unstoppable merger of two dynamic universes: television and digital video. Clikia’s entertainment streaming packages are flexible enough to satisfy younger consumer groups, as well as the traditional consumer groups who have become comfortable in securing a wide-ranging buffet of programming options from a single provider.”

“Over-the-top,” or OTT, is the term used to describe the delivery of film and TV content via the Internet, without requiring users to subscribe to a traditional cable or satellite pay-TV service, like Comcast or Time Warner Cable.

Currently trading at a market capitalization of $5.2M, MKAU has virtually no cash on the books, which must be weighed relative to about $357K in total current liabilities. One should also note that debt has been growing over recent quarters. MKAU is pulling in trailing 12-month revenues of $200. However, the company is seeing recent declines on the top line on a sequential quarterly basis, with revenues falling at 0% as of its latest reporting period. We will update the story again soon as further details emerge. For continuing coverage on shares of $MKAU stock, as well as our other hot stock picks, sign up for our free newsletter today and get our next hot stock pick!

Disclosure: we hold no position in $MKAU, either long or short, and we have not been compensated for this article.