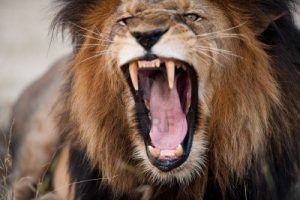 Hawaiian Holdings Inc. (HA) shares are trading at higher $13.89 and the avg recommendation for the stock is Hold, while the current analyst price...
Read more
Wall Street Daily

Everi Holdings Inc. (EVRI) shares are trading at lower $8.99 and the avg recommendation for the stock is Strong Buy, while the current analyst...
Read more

EFFTEC INTL INC COM STK USD0.01 (OTCMKTS:EFFI) is a micro-cap name that has started to engage some focus among traders and investors as prices get a little traction in bounce mode. EFFI just announced that it is restructuring its businesses to better align with segment and managerial competencies.

According to the release, the Company’s strategic direction has now been organized along the lines of the following three segments or verticals: Consumables: Red Light Bakers — suppliers of specialty baking mixes; Hard Goods: Xe Lighting and private label lighting — suppliers of lighting products and nutrients to the indoor grow markets and Budz Sunglasses — manufacturer and distributor of specialty grow room safety sunglasses; and Professional Consulting Services: Consulting Partnership Group — suppliers of turnkey solutions and consultation for indoor agriculture.

EFFTEC INTL INC COM STK USD0.01 (OTCMKTS:EFFI) was previously focused on a integrated natural gas transportation and storage facility in Northeast Mexico. The natural gas would be exported from the United States by pipeline to the Mexican storage unit for later distribution throughout Mexico. (But as you can assimilate from above, this focus has changed)

Red Light Bakers, LLC distributes hardware and nutrients for the hydroponics and indoor plant growth markets. The company was incorporated in 2014 and is based in Apopka, Florida.

According to our research, the Company is in preliminary discussions with its largest debtholder along with an unaffiliated third-party investor, which could provide not only for certain financial flexibilities, but also could include an infusion of new capital which the Company intends to utilize among its business segments or verticals to further its revenue growth and earnings potential as well as to pursue additional opportunities.

Find out when $EFFI stock reaches critical levels. Subscribe to OracleDispatch.com Right Now by entering your Email in the box below.

Here is really the gist of the company’s latest communications material: “The Company, after significant review by management and outside legal counsel, has decided to divest itself of its ownership position in Hemplife Industries and the Company is presently in discussions to sell its ownership interest to a potential buyer. The Company has also decided to sell the suite of five individual industry-specific patents which focus on technologies and methodologies that improve the efficiency of gas discharge lighting systems, commonly known as HID and CFL lighting systems, that was acquired in April, 2016 since further development of these patents are no longer relevant to the Company’s planned future business activities. The Company is continuing with its strategic partnership with The Future Farms despite the fact that its planned acquisition of that company has been further delayed due to various reasons mostly attributable to the temporary absence of the Company’s chief executive officer last year due to illness and various other issues attributable to unmet conditions specified in the acquisition agreement. The Company is pleased to report, however, that its chief executive officer has returned to that position on a full-time basis. In addition, The Future Farms has been able to utilize its established line of credit to purchase the Company’s products on a regular, recurring basis.”

According to what we could find, there are some additional opportunities in the Aerospace area. If this seems like a stretch, remember that this is a hydroponics brand, and aerospace is an industry designation that includes potential space applications – which obviously implies the need for specialists as action plans are assembled to deal with the difficulties inherent in cultivating new food stuffs in a non-Earth environment.

We’ve witnessed approaching 170% piled on for shareholders of the stock during the trailing month, a rally that has pushed up against longer standing distributive pressure in the stock. However, EFFI is a stock whose past is littered with sudden rips. In addition, the stock has registered increased average transaction volume recently, with the past month seeing a bit less than 520% over the long run average.

Now commanding a market cap of $.08M, EFFI has virtually no cash on the books, which is balanced by virtually no total current liabilities. The company is pre-revenue at this point. We will update the story again soon as further details emerge. For continuing coverage on shares of $EFFI stock, as well as our other breakout picks, sign up for our free newsletter today and get our next hot stock pick!

Disclosure: we hold no position in $EFFI, either long or short, and we have not been compensated for this article.