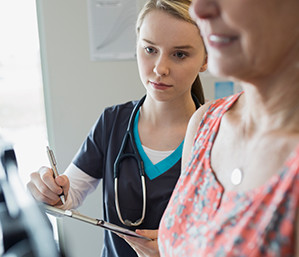 Kitov Pharmaceuticals Holdings Ltd (ADR) (NASDAQ:KTOV) is a biopharma player that has been on a tear of late. The big catalyst driving the recent move was the company’s announcement of the results of a pre-clinical study demonstrating that NT-219, the lead drug candidate of its subsidiary TyrNovo Ltd., in combination with Keytruda, converted non-responding tumors to responders and blocked tumor progression in an immune-oncology preclinical model.

According to the release, “the study, conducted in collaboration with researchers at Bar Ilan University and Rabin Medical Center, assessed NT-219’s ability to overcome cancer drug resistance in a patient-derived xenograft (PDX) model of immune-deficient mice, in which a tumor originated from an esophagus cancer biopsy was implanted. The mice were supplemented with immune cells from the same patient (double autologous). While no response was observed with Keytruda alone or with NT-219 alone, and the tumors aggressively progressed, mice treated concomitantly with a combination of Keytruda and NT-219 demonstrated complete blockage of tumor progression.”

Kitov Pharmaceuticals Holdings Ltd (ADR) (NASDAQ:KTOV), through its subsidiaries, operates as a development stage biopharmaceutical company in Israel. It develops combination drugs for the simultaneous treatment of pain caused by osteoarthritis and hypertension.

The company’s lead drug candidate is KIT-302, a fixed dosage combination product based on the generic drugs celecoxib and amlodipine besylate that has completed its Phase III clinical study. It is also developing NT219, a small molecule that targets two pathways involved in cancer drug resistance.

Kitov Pharmaceuticals Holdings Ltd. was founded in 2010 and is headquartered in Tel Aviv, Israel.

Find out when $KTOV stock reaches critical levels. Subscribe to OracleDispatch.com Right Now by entering your Email in the box below.

As noted above, the company just put out the results of a pre-clinical study testing the efficacy of its pipeline drug, NT-219, in combination with another substance. The big takeaway was the fact that mice treated concomitantly with a combination of Keytruda and NT-219 demonstrated complete blockage of tumor progression. That suggests some big potential ahead for this drug as a clinical trial path lies ahead.

“We are excited with these initial results obtained with NT-219 in combination with pembrolizumab (Keytruda®),” stated Dr. J. Paul Waymack, Chairman of Kitov’s Board and Chief Medical Officer. “Previous results obtained with NT-219 demonstrated its efficacy in overcoming drug resistance in a variety of cancers and in combination with various pharmacologic cancer therapies. We are focused on advancing this highly promising therapeutic candidate to clinical trials as quickly as possible in order to provide enhanced treatment options to cancer patients.”

Traders will note 39% piled on for shareholders of the listing during the trailing week, but this action is running counter to the larger trend in the name. This is emblematic of the stock. KTOV is a stock whose past is littered with sudden rips. What’s more, the listing has seen an influx of interest lately, with the stock’s recent average trading volume running greater than 590% above its longer-run average levels.

Now commanding a market cap of $20.2M, KTOV has a significant war chest ($26M) of cash on the books, which must be weighed relative to virtually no total current liabilities. The company is pre-revenue at this point. As more color becomes clear on the name, we will review the situation and update our take. For continuing coverage on shares of $KTOV stock, as well as our other breakout picks, sign up for our free newsletter today and get our next hot stock pick!

Disclosure: we hold no position in $KTOV, either long or short, and we have not been compensated for this article.