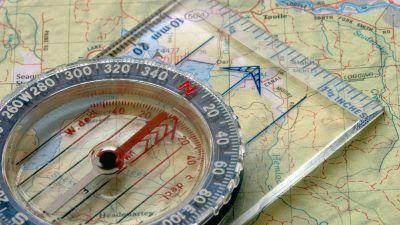 Viva Entertainment Group Inc (OTCMKTS:OTTV) is a sub-penny player in the global entertainment and technology space that continues to draw a ton of eyeballs. OTTV has become consistently one of the most traded on the OTC in recent weeks. We have seen a pullback over the past couple weeks to test support at the 0.002 level, and it seemed like time to take a fresh look, especially as the company recently filed its quarterly financial report on Form 10-Q and provided a financial update in regards to its current Convertible Debt Schedule.  Lets take a closer look.

According to the release, during the period from April 30, 2017 through July 19, 2017, the Company reduced its Convertible Notes Payables by $469,430.00 through a combination of conversion of note principal into common stock and favorable debt restructuring agreements. As a result of these actions, convertible debt decreased from $725,800 to $256,371. That may be an important catalyst: open converts imply coming dilution. The fact that the open level has declined by such a large margin implies a concomitant decline in dilution risk.

Viva Entertainment Group Inc (OTCMKTS:OTTV) trumpets itself as a global entertainment and technology company connecting content owners and video distributors to deliver premium content on any smart device with a screen.

Viva has developed an OTT system through which television services are delivered using the Internet protocol suite over a network such as the Internet, instead of being delivered through traditional terrestrial, satellite signal and cable television formats.

According to company materials, “VIVA Entertainment Group, Inc. is a global entertainment and technology company connecting content owners and video distributors to deliver premium content on any smart device with a screen. VIVA has developed an OTT system through which television services are delivered using the Internet protocol suite over a network such as the Internet, instead of being delivered through traditional terrestrial, satellite signal and cable television formats. VIVA, your entertainment partner, provides subscribers access to the content they want anywhere, anytime. With a WiFi connection our customers can watch Live TV from around the world, TV shows, as well as movies on demand, Tele-video conference and many other interactive features. Independent and major film studios, television networks, Telecoms, Cable Companies, and emerging ISPS partner with VIVA for enhanced capabilities in multi-platform video distribution. The only true end-to-end provider of premium content technology services, VIVA looks to license and deliver to traditional and OTT video distributors across the world.”

Find out when $OTTV stock reaches critical levels. Subscribe to OracleDispatch.com Right Now by entering your Email in the box below.

As noted above, we have seen a ton of volume in recent weeks. But shareholders are currently enduring a sharp corrective move. That provides the context for the company’s announcement of its recent sharp decline in outstanding convertible debt – implying a decline in current dilution risk.

Johnny Falcones, Chief Executive Officer of Viva, commented, “The Company is committed to streamlining its financing and operations to support its growth opportunities and looks forward to providing timely updates to our shareholders as they become available. Going forward, Viva plans to secure non-dilutive and more company-friendly forms of funding structures to successfully support its distribution and marketing operations.”

Recent action has seen 350% during the past month in terms of shareholder gains in the company, but this action is running counter to the larger trend in the name. This is emblematic of the stock. OTTV has evidenced sudden upward volatility on many prior occasions. In addition, the company has registered increased average transaction volume recently, with the past month seeing topping 340% beyond what we have been seeing over the larger time frame.

At this time, carrying a capital value in the market of $8.2M, OTTV has virtually no reported cash on the books, which is balanced by about $546K in total current liabilities. The company is pre-revenue at this point. This is an exciting story, and we look forward to a follow-up chapter as events transpire. For continuing coverage on shares of $OTTV stock, as well as our other hot stock picks, sign up for our free newsletter today and get our next hot stock pick!

Disclosure: we hold no position in $OTTV, either long or short, and we have not been compensated for this article.