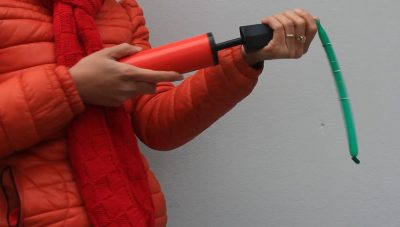 Magellan Gold Corp (OTCMKTS:MAGE) is a micro-cap name that’s clearly begun to spur some interest among players in the marketplace as shares bounce up off recent lows. Now, part of this new interest must be attributed to some “investor awareness” promotional activity. However, there are several recent catalysts involved as well, and the gold space has been particularly strong during this latest dive in the US Dollar index.

For example, the company recently outlined geophysical and geochemical techniques around its Red Cloud Mine that have reportedly helped to delineate drill targets on its 100% owned flagship Silver District Project in southwest Arizona. According to the release, “historical drilling on the project has identified 16.0 million ounces of silver contained in near-surface mineralization. The Company’s initial target objective in a drilling program will be 60 million ounces of silver.”

Magellan Gold Corp (OTCMKTS:MAGE) trumpets itself as a company that was formed and organized effective September 28, 2010, under the laws of the State of Nevada.

The company notes that it is an exploration stage company and “our principal business is the acquisition and exploration of mineral resources in Arizona, California and Nevada. Our projects include the Silver District in La Paz County, Arizona and the Ninobamba project in Peru. We have not presently determined whether the properties to which we have mining rights contain mineral deposits that are economically recoverable.”

According to company materials, “Magellan Gold Corporation (MAGE) is a US public enterprise focused on the exploration and development of precious metals.  The Company has obtained an option to acquire the SDA flotation plant in the State of Nayarit, Mexico, and controls two precious metals exploration properties located in Arizona and in Peru…. The 100% owned Silver District Property in southwest Arizona comprises over 2,000 acres covering the heart of the historic Silver District.  The property contains a near-surface historical drilled resource of 16 million ounces of silver and exhibits exploration promise for significant expansion.  The Niñobamba Silver-Gold Property in central Peru, on which the Company has the right to earn a 50% interest, covers 9,027 acres and demonstrates potential for a large, bulk tonnage, silver-gold deposit.”

Find out when $MAGE stock reaches critical levels. Subscribe to OracleDispatch.com Right Now by entering your Email in the box below.

As noted above, while we do see some promotional activity here helping to foist the stock higher in recent action, we also note some recent catalysts that have contributed to the action.

“At the Red Cloud Mine, a ground magnetic survey has been successful in tracing a major north-northwest trending fault zone along strike for 2.0 kilometers,” said Pierce Carson, CEO. “Several locations along the major Red Cloud fault where poorly exposed constitute prospective exploration targets.

“Geochemical ionic leach sampling at Red Cloud also has proved to be successful in locating buried mineralization,” Carson said, “and the geophysical and geochemical techniques together have enabled us to delineate high quality drill targets. We will continue to apply these techniques as we evaluate the entire district for drill targets in and around the multiple satellite deposits in our large land package.”

Traders will note 31% tacked on to share pricing for the listing in the past week, a rally that has pushed up against longer standing distributive pressure in the stock. This is emblematic of the stock. MAGE has evidenced sudden upward volatility on many prior occasions. Moreover, the name has seen an influx in interest of late, with the stock’s recent average trading volume running just shy of 950% over what the stock has registered over the longer term.

It pays to take note of this fact given the stock’s limited trading float of 18.5M shares. This type of thing is something to watch out for: ramping trading activity can overwhelm available supply in a stock with this type of small float, leading to an upward burst in prices.

Earning a current market cap value of $8.1M, MAGE has virtually no reported cash on the books, which is balanced by about $1M in total current liabilities. The company is pre-revenue at this point. This may be a very interesting story and we will look forward to updating it again soon. For continuing coverage on shares of $MAGE stock, as well as our other hot stock picks, sign up for our free newsletter today and get our next hot stock pick!

Disclosure: we hold no position in $MAGE, either long or short, and we have not been compensated for this article.