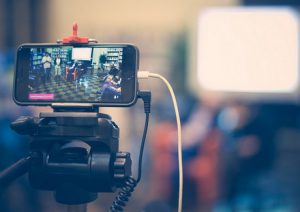 MK Automotive Inc (OTCMKTS:CLKA) – now set to become “Clikia Corp.” – is a stock we’ve covered quite a bit recently. We highlighted the recovery under way a couple weeks ago, and that CLKA would likely have a chance to run into a formal name and ticker change. Well, that’s exactly what we have seen, with shares of the stock on a real rampage over the past month, and starting this week off with a huge bang as it started trading under the new CLKA ticker (it was MKAU).

When we last covered MK Automotive, we made the following case: “Imagine if Apple Computer had the same products as you know the company to have today, but was actually called “Al’s Sandwich Shop and Convenience Store”. Don’t you think that might impact valuations a little?” Clikia had been laboring under the same disadvantage until now. The company today described the immediate benefits of its recent corporate name change to Clikia Corp. “Now that our corporate name matches the name of our subscription streaming service, a significant impediment to our operational efficiency has been removed,” said David Loflin, CLKA’s CEO.

MK Automotive Inc (OTCMKTS:CLKA) trumpets itself as Clikia Corp., a new over-the-top (“OTT”) video streaming service. Here is how the company describes itself:

“Clikia is a content delivery service — online at www.clikia.com and on any mobile device through its inter-related Clikia Apps (available in the iTunes Store, the Google Play Store and on Amazon) — within the rapidly expanding “over-the-top” marketplace, an extremely attractive and active marketplace positioned at the very center of the inevitable, unstoppable merger of two dynamic universes: television and digital video. …Clikia’s entertainment streaming packages are flexible enough to satisfy younger consumer groups, as well as the traditional consumer groups who have become comfortable in securing a wide-ranging buffet of programming options from a single provider.”

What is “Over-the-top”? “Over-the-top,” or OTT, is the term used to describe the delivery of film and TV content via the Internet, without requiring users to subscribe to a traditional cable or satellite pay-TV service, like Comcast or Time Warner Cable.

Find out when $CLKA stock reaches critical levels. Subscribe to OracleDispatch.com Right Now by entering your Email in the box below.

As noted above, shares of CLKA are on the move now that the market sees the corporate identity as consistent with its operations. That makes messaging and marketing so much easier, and allows access to greater of pools of capital in the capital markets. It’s really surprising how long this took. In any case, management is obviously fired up that the change is now fully in place.

In commenting further, Mr. Loflin stated, “I am pleased to say that this is an exciting time to be a CLKA shareholder. The operational efficiencies resulting from the name change only enhance the efficiencies we are already enjoying from our bringing on Answer Connect to handle all customer service and sales calls [800-584-3808]. These efficiencies and our recently completed financing arrangement put us in an increasingly better position to gain market share and increase our revenues.”

Note, Loflin brings up a good point here: how much waste must have been involved in spending all that time and energy in constantly correcting false assumptions about the company’s identity.

The chart shows better than 120% tacked on to share pricing for the stock in the past month. This is emblematic of the stock. CLKA has evidenced sudden upward volatility on many prior occasions. In addition, the stock has seen an influx in interest of late, with the stock’s recent average trading volume running nearly 130% beyond what we have been seeing over the larger time frame.

Currently trading at a market capitalization of $5.2M, CLKA has virtually no cash on the books, which stands against virtually no total current liabilities. The company is pre-revenue at this point. This may be a very interesting story and we will look forward to updating it again soon. For continuing coverage on shares of $CLKA stock, as well as our other breakout picks, sign up for our free newsletter today and get our next hot stock pick!

Disclosure: we hold no position in $CLKA, either long or short, and we have not been compensated for this article.