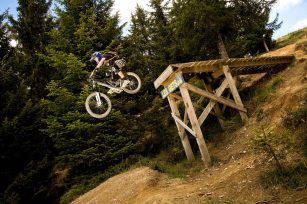 GOLDMINING INC COM NPV (OTCMKTS:GLDLF) is a penny play that has grabbed hold of the attention of traders during the stock’s recent bounce. The stock broke in trade to start this week, busting above its recent 3-month range highs to test the 200-day simple moving average on 471k shares versus a 3-month average of just 116k shares. That’s a clear jump in interest on a true breakout. So, we thought it was time to take a close look.

The company has had two clear catalysts in recent action. First, management announced the grant of incentive stock options to purchase 3,425,000 common shares of the Company to certain directors, officers, employees and consultants of the Company pursuant to the Company’s stock option plan. Second, and likely more importantly, the Company has completed the acquisition of the Yellowknife Gold Project and nearby Big Sky Property, both located in the Northwest Territories, Canada. That adds substantial productive assets to the umbrella.

GOLDMINING INC COM NPV (OTCMKTS:GLDLF) bills itself as a company that engages in the acquisition, exploration, and development of mineral properties in Brazil, the United States, Canada, and Paraguay. The company primarily explores for gold and uranium deposits.

The company was formerly known as Brazil Resources Inc. and changed its name to GoldMining Inc. in December 2016. GoldMining Inc. was incorporated in 2009 and is headquartered in Vancouver, Canada.

According to company resources, “GoldMining is a public mineral exploration company focused on the acquisition and development of gold projects in Colombia and other regions of the Americas. GoldMining is advancing its Titiribi and La Mina Gold-Copper Projects located in the Department of Antioquia, Colombia, its Cachoeira and São Jorge Gold Projects located in the State of Pará, northeastern Brazil, its Whistler Gold-Copper Project located in the State of Alaska, United States of America, and its Rea Uranium Project in the western Athabasca Basin in northeast Alberta, Canada.”

Find out when $GLDLF stock reaches critical levels. Subscribe to OracleDispatch.com Right Now by entering your Email in the box below.

As noted above, we just saw a clear technical breakout on a jump in volume in shares of GLDLF to start this week. The most important recent catalyst is the company’s completed acquisition of two key productive properties in the Northwest Territories.

Amir Adnani, Chairman of GoldMining, commented: “We are very pleased to have acquired a gold property package of this scale and caliber with low holding costs in Northern Canada, which has witnessed a surge in gold exploration, development and production activity in recent years, led by the likes of Agnico Eagle, TMAC Resources and Goldcorp. Agnico Eagle alone has recently announced plans to invest more than $1.2 billion in Northern Canada over the next three years.”

Mr. Adnani concluded: “At GoldMining, our overriding focus continues to be the consolidation of multi-million ounce gold resource assets in favorable mining jurisdictions to maximize gold leverage for our shareholders. We believe that this transaction most certainly fits that description.”

The Honorable Herb Dhaliwal, a director of GoldMining, commented: “As the former Canadian Minister of Natural Resources responsible for mining, I am pleased that we are investing in the Northwest Territories. I have first-hand experience working with the Northwest Territoriesꞌ government and know of the tremendous mining opportunities in the region.”

Now commanding a market cap of $191.5M, GLDLF has a significant war chest ($19.5M) of reported cash on the books, which compares with virtually no total current liabilities. The company is pre-revenue at this point. You can bet we will update this one again as new information comes into view. For continuing coverage on shares of $GLDLF stock, as well as our other breakout picks, sign up for our free newsletter today and get our next hot stock pick!

Disclosure: we hold no position in $GLDLF, either long or short, and we have not been compensated for this article.