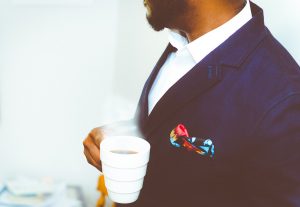 TELUS Corporation (TU) shares are trading at lower $17.79 and the avg recommendation for the stock is Moderate Buy. To add more color to...
Read more
Sector News

Just Energy Group Inc. (NYSE:JE) on the Path to Ruin

Just Energy Group Inc. (JE) shares are trading at lower $5.22 and the avg recommendation for the stock is Strong Buy, while the current...
Read more
Sector News

Illumina Inc. (ILMN) shares are trading at higher $321.74 and the avg recommendation for the stock is Moderate Buy, while the current analyst price...
Read more
Sector News

NexTier Oilfield Solutions Inc. (NEX) shares are trading at higher $1.92 and the avg recommendation for the stock is Moderate Buy. To add more...
Read more

22nd Century Group Inc (NYSEMKT:XXII) shares took off in Friday morning gaining around 30 cents by the end of trading. XXII is a plant biotech company and news out of the FDA is causing the market to reevaluate the company’s products along with its long-term value.

22nd Century Group Inc (NYSEMKT:XXII) and its cigarettes could be a game changer. Everyone today knows the harmful effects cigarettes have. Furthermore, nicotine is a powerful, dangerous and addicting drug. With 22nd Century’s propriety technology/plant, they have effectively reduced the levels of nicotine in their cigarettes by 95%. Moreover, these cigarettes will allow consumers the ability to choose the nicotine content in the cigarettes they smoke.

Subscribe below and we’ll keep you on top of what’s happening before $XXII stock makes its next move.

Here is a quote about Magic cigarettes and why it is special.

“The proprietary tobacco used in MAGIC cigarettes is grown on independently-owned farms in the United States and results in an extraordinary cigarette with all of the taste of a conventional cigarette, but MAGIC yields only 0.04 mg of nicotine per cigarette − 95% less nicotine than conventional cigarettes. No other company anywhere in the world can grow tobacco with such low nicotine content.”

This product would fit in nicely with the FDA’s stringent nicotine rollback. The FDA is looking to reduce nicotine to non-addictive levels and XXII already has the tech and products available.

FDA Commissioner Scott Gottlieb, M.D., stated that “The overwhelming amount of death and disease attributable to tobacco is caused by addiction to cigarettes – the only legal consumer product that, when used as intended, will kill half of all long-term users. Unless we change course, 5.6 million young people alive today will die prematurely later in life from tobacco use. Envisioning a world where cigarettes would no longer create or sustain addiction, and where adults who still need or want nicotine could get it from alternative and less harmful sources, needs to be the cornerstone of our efforts – and we believe it’s vital that we pursue this common ground.”

In a June 16, 2010 press release, Dr. David Kessler, the former FDA Commissioner, recommended that “the FDA should quickly move to reduce nicotine levels in cigarettes to non-addictive levels. If we reduce the level of the stimulus, we reduce the craving. It is the ultimate harm reduction strategy.” Shortly thereafter, in a Washington Post newspaper article, Dr. Kessler said that the amount of nicotine in a cigarette should drop from about 10 milligrams to less than 1 milligram. By producing cigarettes that contain less than 0.6 mg of nicotine per cigarette, 22nd Century has already met Dr. Kessler’s standard and has simultaneously demonstrated that the FDA’s targets are both technically achievable and realistic.

According to company press: 22nd Century has already delivered more than 22 million SPECTRUM cigarettes and recently received a new purchase order for 2.4 million additional government research cigarettes. Utilized by dozens of independent scientists and researchers over the past several years, the SPECTRUM product line consists of a series of cigarette styles that vary nicotine yields over a 50-fold range – from very low (97% less nicotine than conventional brands) to relatively high nicotine yields. 22nd Century is the only company in the world capable of producing the Very Low Nicotine SPECTRUM brand styles. Separate from the SPECTRUM research cigarettes program, 22nd Century was also chosen to supply the Company’s proprietary Very Low Nicotine fine cut tobacco to the FDA for additional research.

“We are thrilled that FDA is now moving to lower nicotine in combustible cigarettes to non-addictive levels; this is a technically achievable standard whose time has come,” explained Henry Sicignano, III, President and Chief Executive Officer of 22nd Century Group. “With a mountain of science and evidence supporting our Very Low Nicotine products, 22nd Century stands ready to partner with the FDA – and with any Big Tobacco companies that are truly committed to improving the health of American smokers.”

22nd Century Group Inc (NYSEMKT:XXII) has some traction here and could be a stock to watch if this news continues to grow. The FDA would have a lot of work ahead of them and a few quotes hardly amount to a change in law. However, in the near future, this could be a development to watch. XXII is currently holding a market cap of $159.07M and 90.90M shares out. The company is one we are eyeing closely as news on this subject continues to take shape. For continuing coverage on shares of $XXII stock, as well as our other breakout picks, sign up for our free newsletter today and get our next hot stock pick!

Disclosure: we hold no position in $XXII, either long or short, and we have not been compensated for this article.