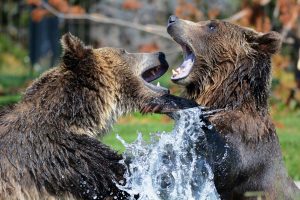 Groupon Inc (NASDAQ:GRPN) is seeing some bearish action in early trading and has been very volatile over the last month. The internet coupon provider has seen cash and sales take a tumble recently and many analysts are predicting an upcoming selloff.

GRPN recently added a new North American President and seem to be trying to whip up news profits as the market for internet coupons seems to be dwindling. The company is turning more towards experiential deals – like adventures, date night events – rather than material goods. If this will boost revenues has yet to be seen.

Groupon Inc (NASDAQ:GRPN) trumpets itself as a company operates online local commerce marketplaces that connect merchants to consumers by offering goods and services at a discount in North America, Europe, the Middle East, Africa, and internationally.

The company was founded in 2008 and is headquartered in Chicago, Illinois. Groupon, Inc. is a subsidiary of The Point, LLC.

Find out when $GRPN stock reaches critical levels. Subscribe to OracleDispatch.com Right Now by entering your Email in the box below.

It also provides deals on products for which it acts as the merchant of record. The company offers deals in various categories, including food and drink, events and activities, beauty and spa, health and fitness, home and garden, and automotive; and deals on various product lines, such as electronics, sporting goods, jewelry, toys, household items, and apparel, as well as provides discounted and market rates for hotel, airfare, and package deals.

It offers its deal offerings to customers through Websites; search engines; and mobile applications and mobile browsers, which enable consumers to browse, purchase, manage, and redeem deals on their mobile devices, as well as sends emails to its subscribers with deal offerings that are targeted by location and personal preferences. As stated above, GRPN was formerly known as ThePoint.com, Inc. and changed its name to Groupon, Inc. in October 2008.

GRPN has lost about half its value from the end of last year. In addition, the company’s balance sheet is shaky. Two years ago, the company had $1.1 billion of cash on hand and no debt at all. When cash reserves started to run out, GRPN issued $250 million of convertible senior notes. But that didn’t stop the losses, and the company’s cash balance has fallen to $691 million as of the latest quarterly report. That’s balanced against $182 million of effective long-term debt, leaving little financial flexibility for dramatic turnaround experiments.

Carrying a current market cap value of $2.14 Billion, Groupon Inc (NASDAQ:GRPN) could be in for a wild ride in the next coming months. Many investors and shareholders are becoming skittish and the company is really seeing a different balance sheet than last year. The war chest it once head is now a balance sheet of red ink and many traders are starting to jump ship. For continuing coverage on shares of $GRPN stock, as well as our other breakout picks, sign up for our free newsletter today and get our next hot stock pick!

Disclosure: we hold no position in $GRPN, either long or short, and we have not been compensated for this article.